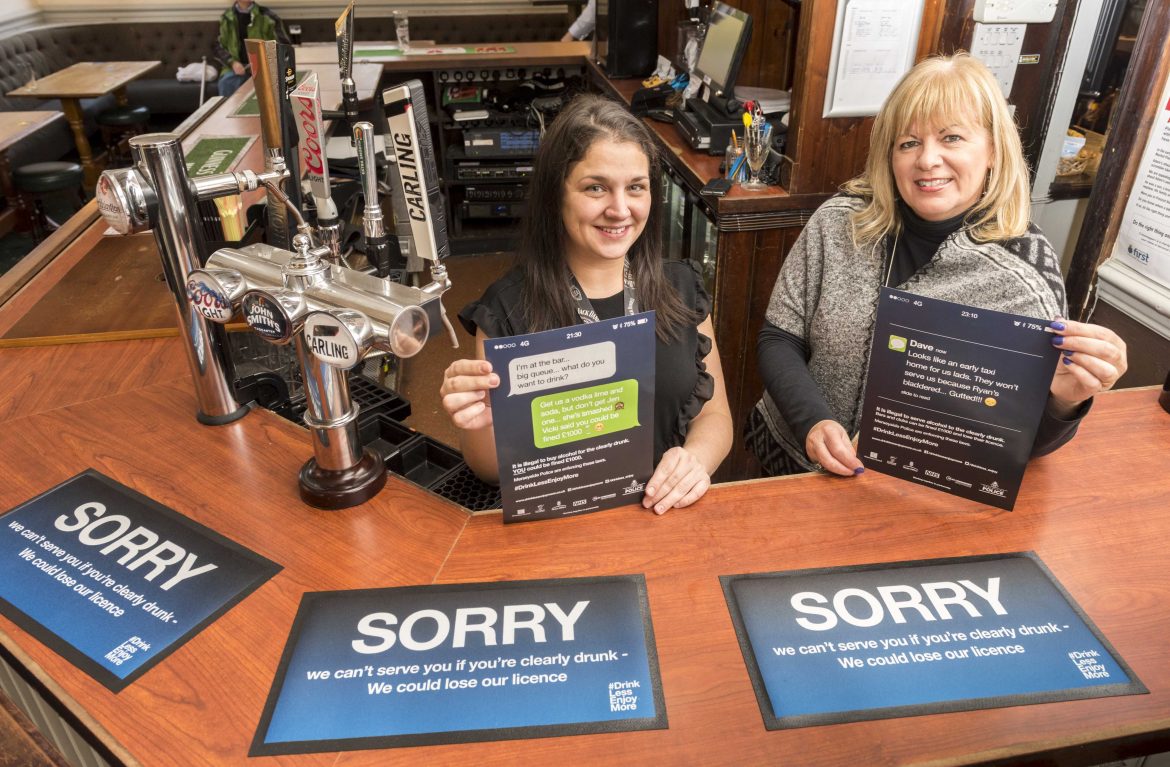 With the festive season just around the corner pubs in Knowsley are backing an initiative which encourages responsible drinking.

‘Drink Less Enjoy More’ (DLEM) urges people to cut back on how much they drink at home before going out, as well as how much they consume when visiting bars, pubs and clubs.

Laura MacKlin, Manager of the Deanes House pub in Prescot, is supporting the campaign, she said:

“Customers have seen the campaign posters and bar runners around the pub and are aware that they could be fined if they try to buy a drink for someone else who is drunk.

“The run up to Christmas is such a busy time for us, so the campaign is really useful for us. Anything that can influence responsible drinking is a great help to me and the team.”

“It’s great that pubs in Knowsley are getting behind the campaign and that it’s having a positive impact raising people’s awareness of the laws around buying alcohol for anyone who is clearly drunk.

“It’s about reminding people, especially as we approach the festive party season, to drink sensibly while enjoying a night out with friends, don’t risk ruining the night out if they have to take you home early.”

Knowsley has joined with Public Health teams across Merseyside and Cheshire to roll out Drink Less, Enjoy More which has successfully run in Liverpool since 2015.

Police and licensing teams are actively working with bars to promote compliance with the laws in order to reduce drunkenness across Merseyside and Cheshire.

The DLEM campaign features advertising with text conversations between friends to illustrate how their night out could be ruined if they ignore the law, including: “Dean, don’t get too smashed mate! We won’t get served anywhere later” and “Looks like an early taxi home for us lads. They won’t serve us because Ryan’s bladdered…Gutted.”

Discover what you can do online