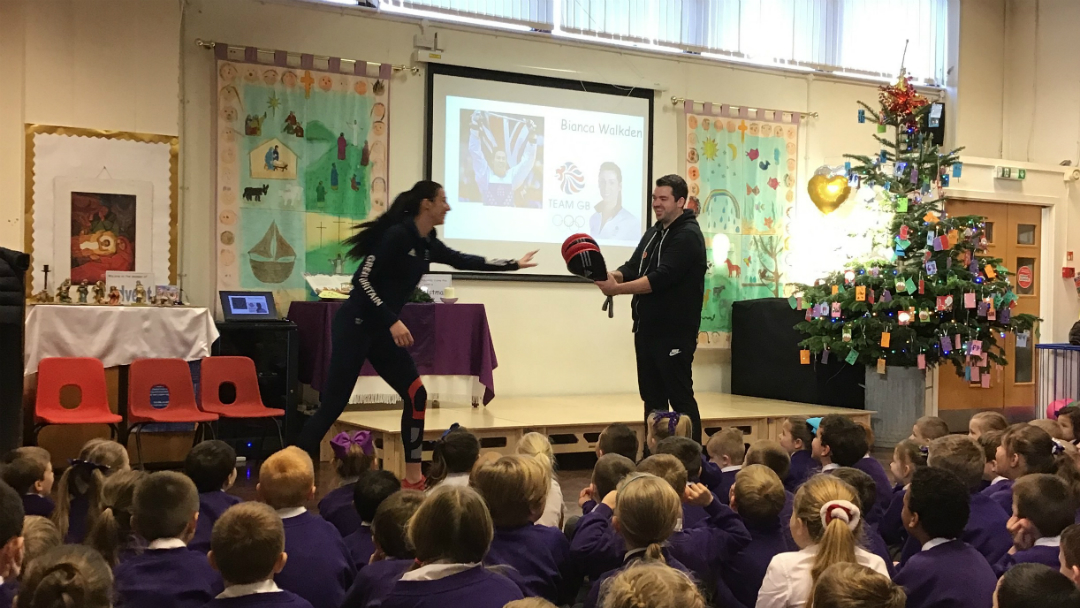 St Mary and St Paul’s CE Primary School received a VIP visit from Olympic athlete and Taekwondo star Bianca Walkden as part of a new drive to encourage children and parents to get active together.

Local hero Bianca visited the school in Prescot as a reward from the Travel to Tokyo scheme which aims to inspire young people aged five to 11, their classmates and families to try new activities in the run-up to the Tokyo 2020 Olympic and Paralympic Games.

The school received the reward for beating their weekly target in logging physical activity through the scheme. Each week, teams are set personalised targets based on their previous week’s performance, inspiring children and families to improve their activity levels whatever their starting point.

Bianca paid a visit to the school on Tuesday, December 4 to congratulate everybody on being such good sports. She said:

“It was exciting to visit St Mary and St Paul’s CE Primary School and to find out how they’ve been active as part of the Travel to Tokyo challenge.

“The kids have been amazing! It’s fantastic to be part of such a positive programme which uses the power of the Olympic and Paralympic Games to help the local community and inspire children and families to get active in my hometown.”

“Our school, had a wonderful visit from the Travel to Tokyo team who led an assembly and got the whole school – including parents – to participate in physical activities.

“We have started to work closely with Volair Gyms in Knowsley as we aim to get the children more active and use what we have learnt to inspire them to compete in the future. Who knows, we could have the next Usain Bolt in our midst!”

About Travel to Tokyo

Travel to Tokyo is part of Get Set, Team GB and Paralympics GB’s youth engagement programme. The Travel to Tokyo pilot has been created with funding from Sport England, and is delivered in partnership with ukactive, its members and Liverpool City Council.

The scheme is being piloted in Merseyside schools with a view to rolling it our nationally at the start of 2019. Children and families taking part in the scheme can log activity at participating leisure centres including five Volair centres in Knowsley. 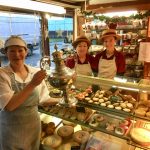 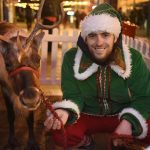