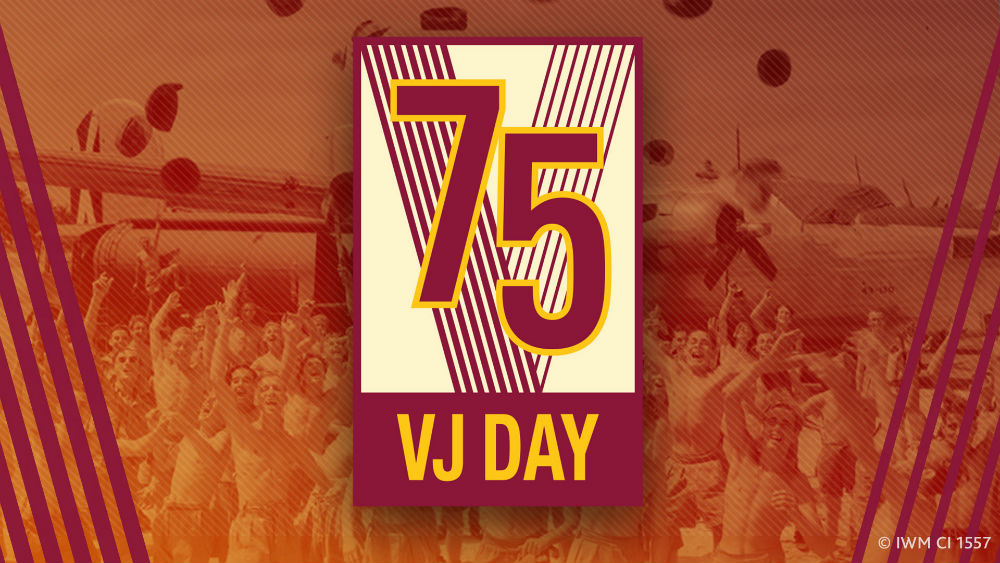 This Saturday, the nation is being invited to remember the 75th anniversary of VJ Day – when Japan surrendered which brought the Second World War to an end.

The anniversary is an opportunity to remember and pay tribute not only to the British forces but to the Allied and Commonwealth forces without whom the defeat of Japan would not have been possible –and the freedoms and way of life we enjoy today would have not been possible.

Throughout the day there is a national timetable of events to help us all remember:

10.58am buglers/ trumpeters and cornet players will sound the Last Post all over the UK

11am a national moment of remembrance and a two minute silence which will be led by His Royal Highness The Prince of Wales.

The televised silence is part of a service held between 9.30am and 11.30am that will be led from the National Memorial Arboretum in Staffordshire.

11.10am following the ‘Cry for Peace’ participating churches across the UK will ring a single bell 75 times

11.30am to 5.30pm The Red Arrows, will take to the skies for a stunning UK-wide flypast over Edinburgh, Belfast, Cardiff and London

2pm In a debate hosted by the National Army Museum, historians will explore the roles on land, sea and air throughout the Far East campaign, and examine how it continues to be commemorated.

8.30pm to 10pm a special programme, The Nation’s Tribute, will be broadcast on BBC One, filmed on Horse Guards Parade with famous faces reading tributes, military bands and dramatic visual projection.

There will also be dedicated programmes broadcast on the BBC.

How can I mark VJ Day?

For anyone interested in finding out more about VJ Day, the Imperial War Museums Victory Hub features fascinating content about the events of the summer of 1945 and beyond, including IWM’s Voices of War Hiroshima soundscape with testimonies from British and Chinese prisoners of war.

Alongside the events taking place on 15th August the Royal British Legion has launched an interactive map on its website to encourage people to learn more about this period of the Second World War. You can read stories and personal accounts from those who experienced the conflict first hand and can contribute to the map by leaving your own messages of thanks to the Second World War generation.

“VJ Day is a most important historical anniversary. Thousands of British, Commonwealth and Allied Armed Forces personnel were still involved in bitter fighting in the Far East for many weeks after Europe celebrated the surrender of German forces.

“Let’s all take the time on this 75th anniversary of VJ Day, to consider the significance of the anniversary, the sacrifices made and lives lost – and let’s all celebrate that incredible generation of men and women, who fought for our freedom.”

What next after A Level results?