Most recent
Vaccination sites open for WOW ‘Week of Walk-ins’...
Thumbs up from Ofsted for adult learning in...
Helping young people with SEND prepare for adulthood
Home Latest news Sun shines for weekend of family fun in Knowsley 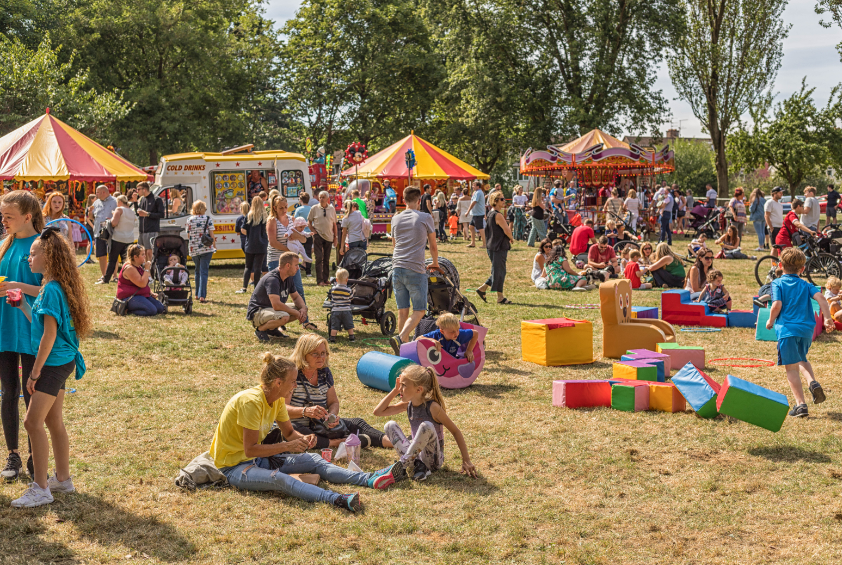 Sun shines for weekend of family fun in Knowsley

August 6, 2018
The 20th Knowsley Flower Show, the largest free horticulture show in the North West, and the popular Feelgood Festival took place at Court Hey Park over the weekend. The sun decided to stay out for the record breaking number of visitors which made the number of outdoor activities to choose from on both days even more enjoyable. At Feelgood Festival on 4 August, it was all about having fun and feeling good – and there were lots of opportunities to do so. Many adults chose to take part in the de-stressing activities such as painting, drawing and knitting while the children were kept busy with the more energetic entertainment such as the interactive science workshops and numerous entertainers encouraging children to get involved with their brilliant acts. There were also opportunities to feel a bit pampered with the complementary treatments available as well as opportunities to discover a new hobby or even a talent with the workshops there – including martial arts and yoga. The sun and the fun then continued the next day for the Knowsley Flower Show. The floral marquee did not disappoint with its colourful and diverse range of beautiful flowers to admire. Plants and vegetables were also on display, and the care and attention their growers gave them leading up the big day was easy to see. Although it wasn’t all about flowers; visitors of all ages with no interest in horticulture found way to enjoy themselves. There were plenty of stalls for people to receive advice and information on a range of services, and stalls tempting visitors with delicious food and drink. For the first time at the Knowsley Flower Show, our four-legged friends could join in the fun on the day with the Merseyside Fun Dog Show! The much-adored H&M dog display team were also back for another year showing off their talent to the cheering crowd. While the dogs stole the show for many, visitors could also enjoy the other forms of talent including fun performances of a Shakespeare play and live music by gifted musicians. Cllr Sean Donnelly, Deputy Leader of Knowsley Council and Cabinet Member for Health and Social Care, said: “It’s great to see the Knowsley Flower Show doing as well as ever 20 years down the line. I hope there’s many more to come because I know so many families enjoy attending year after year and the people behind it work so hard to make it a success. It was also another great year for the Feelgood Festival so it was simply a great weekend overall. I can’t wait until next year already!” You can look at more photos from the weekend over on our Flickr page.

Cookery workshops for adults with disabilities