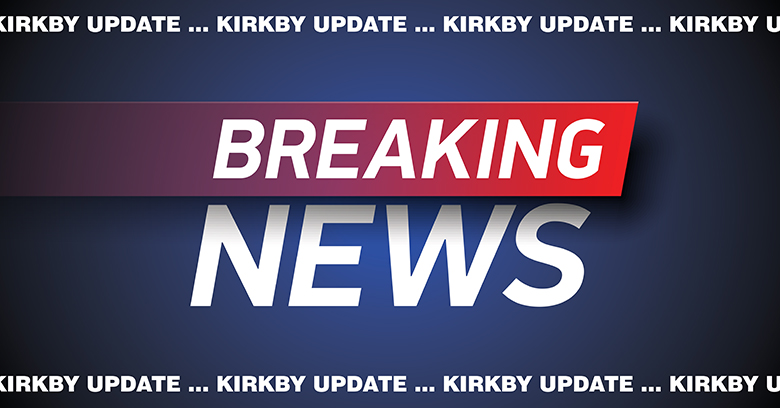 Knowsley Council has confirmed that it has started negotiations with St. Modwen with a view to purchasing the company’s assets in Kirkby town centre.

The radical move from the council comes after months of speculation about the town centre. The delay in finalising St. Modwen’s planned regeneration in Kirkby follows a number of previous plans from other private sector organisations which have not been delivered.

Cllr Graham Morgan, Leader of Knowsley Council commented: “This council has been calling on the private sector to regenerate Kirkby town centre for a long time, but enough is enough. We have worked tirelessly to encourage and support the private sector to deliver on their plans for Kirkby.  However, despite our best efforts, the redevelopment of the town centre still hasn’t happened and it’s quite clear that we need to find a different model.  The people of Kirkby deserve more than this.

“We have worked closely to encourage St. Modwen to push on with their plans but, despite major names already being signed up, they remain extremely cautious and have still not confirmed a start date. We have waited too long and it’s time to move on.

“We have said before that we will look at all of the options available to us and that’s what we have done. We have never owned the shopping centre in Kirkby so buying it would be a big shift for us and a big decision to make. It would come with significant risks and challenges but we have concluded that the best chance we have to get this scheme completed would be to buy St. Modwen’s assets and deliver the rest of the improvements promised by them.

“Our understanding is that Morrisons, Home Bargains and the other occupiers remain committed to Kirkby, so I want people to be clear that our intention is absolutely to deliver the scheme which St. Modwen has promised. New shops, supermarket, cinema and restaurants. We are NOT starting from scratch.”

St. Modwen purchased Kirkby town centre from Tesco in 2015 and has since secured planning permission and signed up major retailers including Morrisons, Home Bargains and KFC, as well as progressed demolition work. A start date for work to build the new retail units has not been confirmed to date.

Given St. Modwen’s extensive land holdings in Kirkby town centre, the Council currently has limited powers to ensure the development progresses as planned.

A spokesperson for St. Modwen commented: “I can confirm that Knowsley Council and St. Modwen are in talks regarding Knowsley Council making an offer for St. Modwen’s interest in Kirkby Town Centre. The discussions, which are still ongoing, are positive and productive, with both organisations hopeful of providing an update with even more details once, and if terms are agreed.

The agreement would see Knowsley Council and St. Modwen work in partnership to unlock and speed up the future development and allow St. Modwen to deliver on its promise to the residents of Kirkby and the surrounding community. Knowsley Council has been actively looking to support the scheme and is pleased with the discussions to date and what it means for the prospects for Kirkby.

Morrisons is aware of the discussions and is supportive of the development, having previously signed an agreement for lease.

Knowsley Council and St. Modwen will continue to work proactively and look to make further, near-term announcements as progress is made.”

The council is currently working with independent experts to assess the appropriate market value of St. Modwen’s assets and, once this information has been clarified, the council will make a formal offer to St Modwen.

Cllr Morgan added: “The technical appraisal and valuations are now under way so that we can agree on a fair valuation. We then need to look to identify the funds we would need to make this investment – as you might expect, we simply don’t have that kind of money sitting in the bank.

Obviously, we will need to agree a price with St. Modwen but are hopeful that we will be able to reach a mutually beneficial conclusion and deliver on the much needed and wanted regeneration in Kirkby. It simply matters too much for us not to step in and try to push this long-awaited project over the line.”