Knowsley Council has confirmed that it has reached a final agreement with St Modwen to acquire the company’s assets in Kirkby Town Centre.

Under the agreement, 87 shops and 12.4 acres of land will now formally transfer from St Modwen to Knowsley Council.  Crucially, this £43.8 million deal will allow Knowsley Council to push forward with plans for the regeneration of the town centre which will begin with the construction of 94,000 sq ft of new retail space, including a new supermarket, petrol station, new retail / food outlets and improved car parking.

This will be the first time that the council has owned Kirkby Town Centre and is a significant step forward after 20 years of failed attempts from the private sector to progress with development in Kirkby.

“We have delivered on the commitment we announced a couple of months ago.  In taking control of Kirkby Town Centre, we are now in a position to be able to bring forward the retail development which our residents need, and which we promised.

“We have always been committed to regenerate Kirkby Town Centre and we have shared the frustrations of many of our residents over the years.  This is the single biggest property investment which the council has ever made and we hope that it sends a strong message to our communities that we are behind them and will do everything we can to deliver the positive changes they want.” 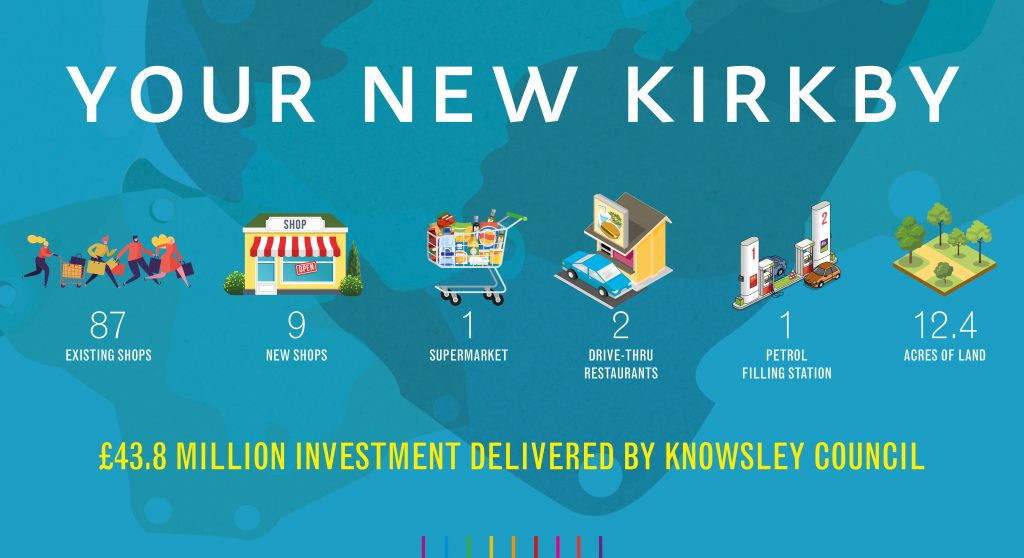 The council is investing £43.8 million in Kirkby.  This includes the purchase of the existing town centre (87 shops and 12.4 acres of land), construction of the new retail development, stamp duty and fees.  The deal will pave the way for the creation of a 94,000 sq ft of space across 9 new retail units, a supermarket, a petrol station, and improved car parking.

The council’s investment will lead to around 500 new jobs being created in Kirkby once the new stores are open and fully occupied, alongside 278 construction jobs during the building phase.  This will help to create a £15.3 million boost to the local economy each year.  In addition, it is anticipated that the completed scheme will generate £650,000 per annum in Business Rates income which can be ploughed back into key public services. 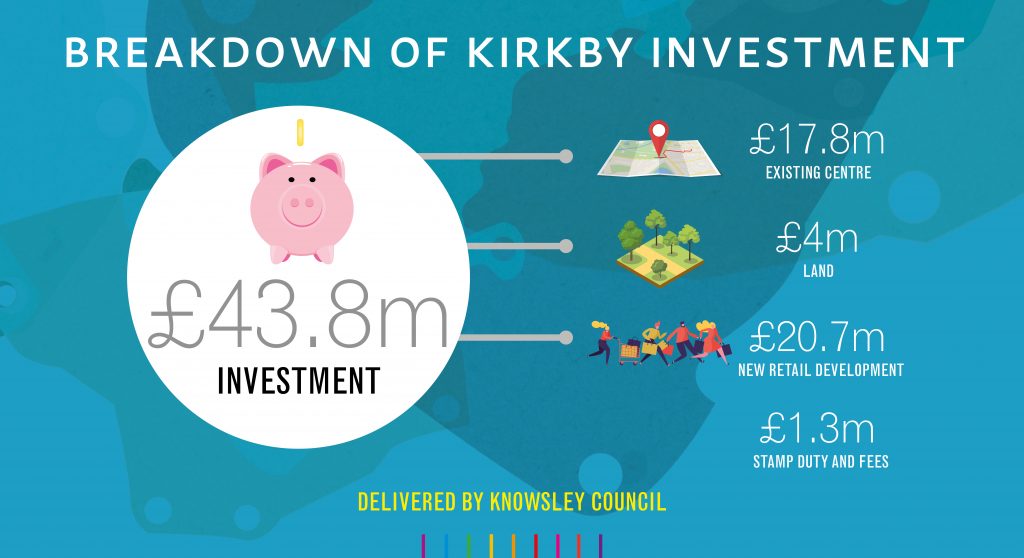 The council will pay for the deal by borrowing the initial sum and paying the debt back from the rental income generated from new and existing businesses in the town centre and also by eventually selling some of the land acquired.  The council is also in advanced discussions with the Liverpool City Region Combined Authority with a view to potentially identifying further funding opportunities.

In addition to the retail development in the town centre, good progress is being made in relation to plans to deliver a cinema and associated food and drink outlets (on the former Kirkby Library site on Newtown Gardens).  The council is also progressing with plans to purchase the Knowsley Community College site on Cherryfield Drive as part of the college’s ambitions to open a new facility at the heart of the town centre. 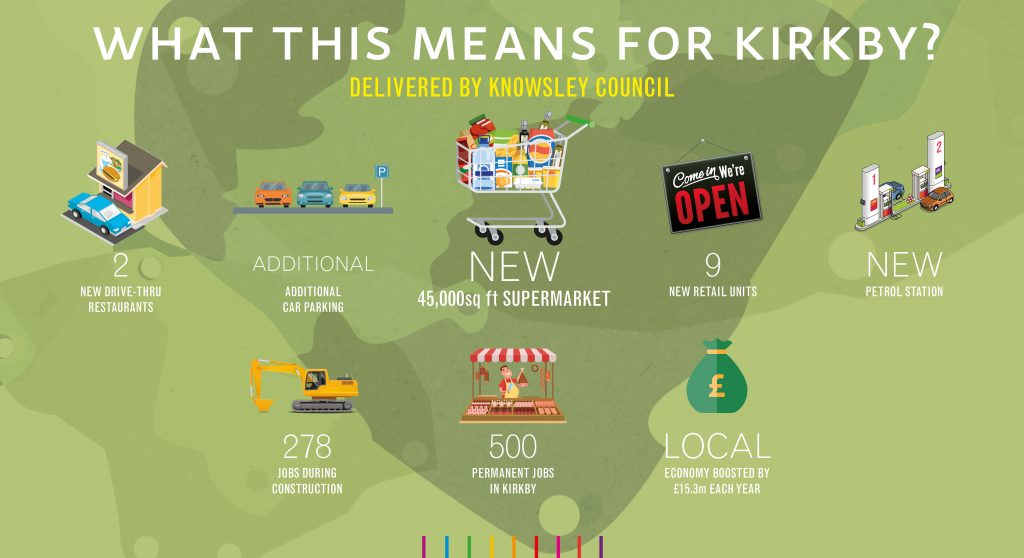 Having concluded the terms of the acquisition of the town centre assets, the council has also agreed a contract for work on site to commence during week commencing 9 December 2019.

“Our priority now is to bring this development forward as quickly as possible.

“Contractors are in place and activity will start on site during week commencing 9 December.”

You can keep up to-date with the latest Kirkby news here on Knowsley News.