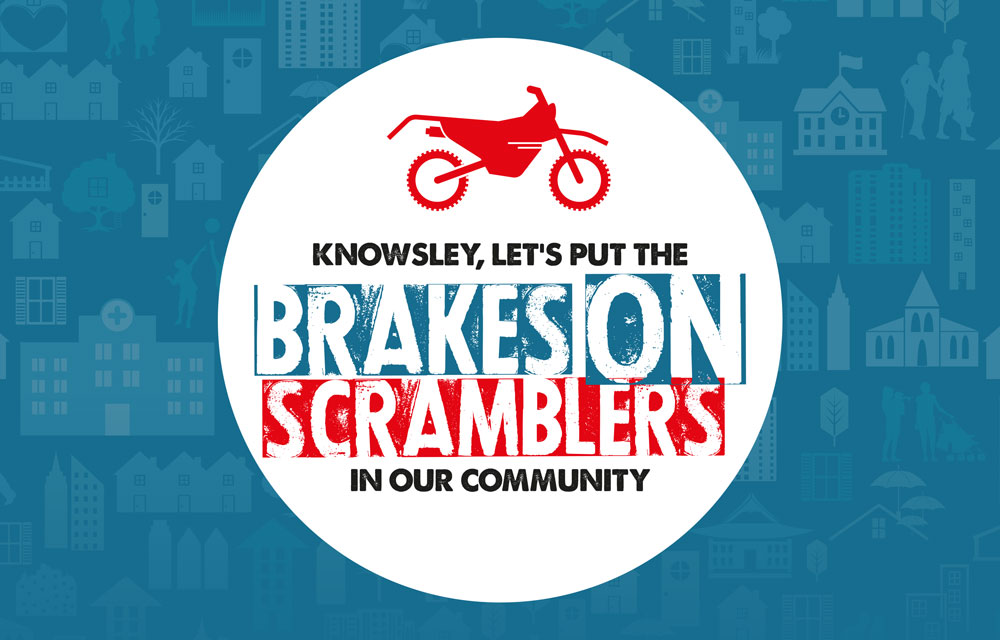 In response to concerns from local residents, a barrier has been installed by Knowsley Council in an area of Roby to tackle the illegal and anti-social use of scrambler bikes and motorbikes.

Residents in the Twickenham Drive and Acacia Avenue area of Roby reported their concerns to Knowsley Council’s Crime and Communities and Highways Team and the new barrier now prevents scramblers and other illegal and antisocial vehicles from travelling through the area. The barrier has only been installed for a short amount of time and already residents have reported a significant decrease of scrambler bikes in the area.

The installation forms part of the council’s Brakes on Scramblers campaign and action plan aimed at tackling the criminal and illegal use of scrambler bikes and motorbikes in our communities. This includes making alterations to highways and greenspaces to deter those who ride illegally on our streets and provide reassurance to our communities that everything is being done to create better and safer communities.

“We know the distress that scramblers can cause to our residents, they’re noisy and can be frightening and also dangerous. The installation of the barrier demonstrates our commitment to tackling this priority issue.”

Superintendent Karl Baldwin, Knowsley Local Policing, said: “Sadly, like many areas across the region, scrambler bikes are a blight on our communities. Our ongoing operation, Operation Brookdale, tackles the illegal and anti-social use of scrambler bikes across Merseyside and we continue to deploy our officers to hotspot areas. The installation of the barrier is a fantastic step in tackling this issue and a great example of us working together with partners to use our resources and powers to make positive changes for our communities.”

Read more about the Brakes on Scramblers campaign here www.knowsleynews.co.uk/putting-the-brakes-on-scrambler-bikes/

–           Summonsed two people to court for Anti-Social use of Motorcycles and E-Bikes.

–           Recovered three stolen Motorcycles, which would have otherwise been used in crime.

–           Stopped and seized one motorcycle which was being ridden in an anti-social manner.

REPORT IT
In an emergency call 999

City Region to ‘Come Together’ as in-person Pride celebrations return