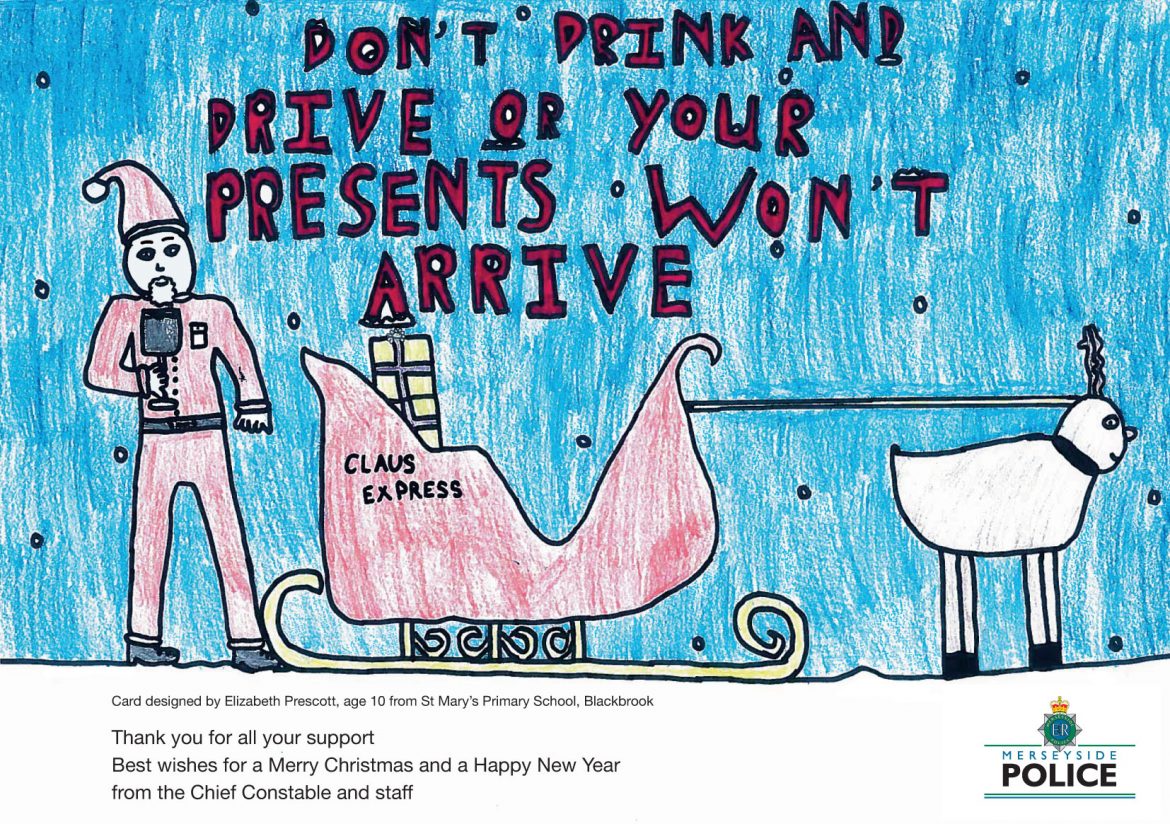 Schools across Merseyside took part in a competition organised by Merseyside Police to design a Christmas card that highlights a key crime prevention message. The children were given an important brief – encouraging people to stay safe over the festive period.

The creative pupils aged between seven and 11 from five schools in Knowsley, Wirral, Sefton, St Helens and Liverpool entered the competition with children at Knowsley Village Primary School representing Knowsley.

The winning design, from St Mary’s School in St Helens, highlighted the dangers of drinking and driving and this will now be used as Merseyside Police’s e-card and sent to friends, stakeholders and partners of the force.

Chief Constable at Merseyside Police Andy Cooke said: “The children are a credit to their schools and the community, and it’s great to be able to spread some Christmas cheer throughout the force with their help. The cards have always proved very popular and long may the tradition continue.”

Merseyside’s Police Commissioner Jane Kennedy said: “It’s important that young people are encouraged to think about how they can stay safe. This competition was a great way to get the children thinking about how to look after themselves around our roads, and urging others to do the same.”

Cronton Primary named as one of best in Merseyside