The LCR Pride Foundation, of which Knowsley is part, has revealed its plans to launch a bid to host the 2026 Gay Games here in the Liverpool City Region.

The announcement was made by the region’s Metro Mayor, Steve Rotheram, at MIPIM in Cannes. It follows the launch of the LCR Pride Foundation earlier this year and is just of one of the ways in which partners, including Knowsley Council, are aiming to make the Liverpool City Region the most LGBT+ friendly in the UK.

What is the Gay Games?

The Gay Games is a worldwide sport and cultural event that takes place every four years, welcoming more than 10,000 athletes competing in more than 30 sports. It attracts tens of thousands of spectators who also attend to take part in the event’s extensive cultural programme, which includes music, visual arts and mass participation events such as fun runs.

Speaking of the announcement of the intention to submit a big for the 2026 Gay Games next year, LCR Pride Foundation Co-Chair, Andi Herring, said: “The Gay Games is a globally recognised sporting and cultural event that empowers and celebrates the LGBT+ community, as well as supporting local regeneration in its host cities.

“We believe that this experience, combined with the foundation’s commitment to collaborative working and making the city region the most LGBT+ friendly in the UK, makes Liverpool City Region the perfect host city for the 2026 games.

“Our bid as the Liverpool City Region will encourage relationship building with local authorities, community groups and sports organisations throughout the six boroughs, as we work together towards a unified goal.”

Cllr Graham Morgan, Leader of Knowsley Council, said: “Knowsley is delighted to be able to support this bid, and we’re confident that our region can deliver the best Gay Games yet.

“To bring this prestigious event to the City Region in 2026 would be a fantastic coup and one which we believe would be the icing on the cake when it comes to our commitment to make our region the most LGBT+ friendly in the UK.”

When will the bids be considered?

To date, only Brisbane in Australia has highlighted its intention to bid for the 2026 Gay Games. Bids will be submitted in 2020 and the successful city will be announced by the event’s sanctioning body, the Federation of Gay Games, at its Annual General Meeting in Hong Kong in 2021.

Speaking in support of the bid, Steve Rotheram, Metro Mayor of the Liverpool City Region, said: “Diversity, respect, equality, and solidarity for all are the foundation blocks on which the Games are built, and they are values we share.

“Our region is well accustomed to holding sporting events that attract a worldwide audience. The Merseyside Derby, Rugby Super League, The Open and the Grand National are regular features in our sporting calendar but never before have we held anything on the scale of the Gay Games.

“I relish the opportunity to build on our strong track record of supporting LGBT+ rights, empowering communities and creating lasting social change. And that is why I am proud to support this bid.”

News that the region will bid to be a host in 2026 comes alongside the announcement of British Paralympian, Claire Harvey MBE, as the LCR Pride Foundation’s newest Patron. Recognised as a world leader in diversity and inclusion and culture, the former Liverpool John Moores University student is now the Director of Culture and Inclusion for EDIT Development.

Claire said: “Becoming a Patron of the LCR Pride Foundation as they make this exciting announcement is incredibly special for me, not least because I attended university here.

“I know first-hand the power and benefit that sport can have on a person’s life and on a community. Sport is a vehicle that can bring people together and bridge differences to start a culture change.

“I am backing this bid to enable more people to see the breadth and depth of LGBT+ people who already love sport, as well encouraging more people from the community to access its benefits. I also want to showcase the Liverpool City Region as a diverse and inclusive LGBT+ friendly area, with a strong and positive LGBT+ community.

“One of the great things about being part of London 2012 was the ability to break down fears and myths about disability and, as a participant, feeling like a member of a huge family. I am keen to ensure Liverpool has the opportunity to do the same for Gay Games.” 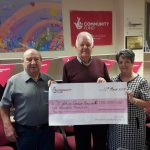 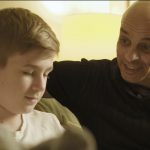