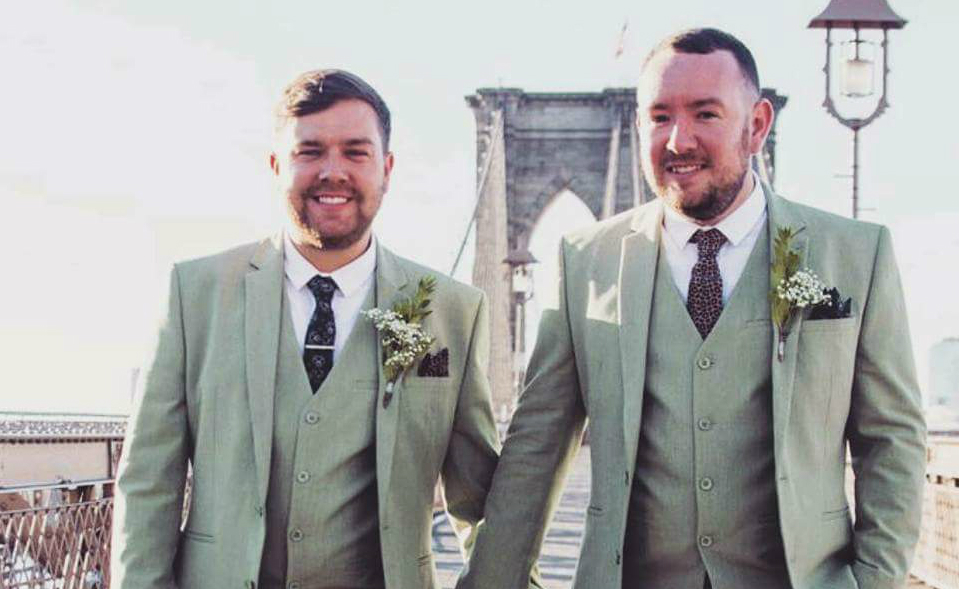 Knowsley appeals for people to adopt brothers and sisters

New figures to mark National Adoption Week, 16 to 22 October, show nearly two thirds of the children waiting for adoption in the North West are in sibling groups.

A couple who adopted their children through Knowsley Council have shared their story in the hope it will encourage more people to consider adopting brothers and sisters.

Leo, 34, and Simon, 32, have always wanted children and talked about adoption since they first got together five and a half years ago. It wasn’t until chatting with their social worker about the different children waiting for adoption that they thought about adopting siblings: “Something just felt right, even though we were thinking two children is such a big step and it would be a massive challenge. We knew if we’d gone through surrogacy and discovered we were having a multiple birth we would just have had to get on with it…so it was the same really, yes we had some initial concerns about siblings but they’re long gone!” said Leo.

Matched in March 2017 the children moved in with the couple the following month. Simon recalls their first meeting: “Without sounding like a cliché – we just loved them as soon as we saw them. We were worried before we met that there might not be that connection but we couldn’t have been more wrong. I just remember hugging them and giving them kisses and cuddles and us both having a little cry as it was all very surreal.”

“The first full day at ours was hard – we can laugh about it now (thankfully) but all kinds went through our heads, we thought about if we’d made the right decision and if two was going to be too difficult. I remember not eating much for about three weeks until we started getting the hang of things. Since then we’ve just got into a great routine,” added Leo.

Six months on the couple agree ‘family life is great, we feel like we’ve always had the children’. Simon admits: “Life has changed dramatically – but in a great way. We’ve had our first family holiday, done lots as a family, including moved home. Now we’re looking forward to all the milestones and doing lots of amazing things as a family.”

The dads would encourage anyone thinking about adoption not to rule out siblings: “Have a think about it; are you going to want to adopt a brother or sister in the future? The pros are you’ve got two or more lovely children and you have your complete family. You’re also keeping birth siblings together – too many kids are split up. The only downside I can really think of is the cost. Needing to buy two of everything can be quite difficult at times even when you have well paid jobs but I suppose that’s the same for anyone with children,” said Leo.

Two thirds of children waiting for adoption are siblings

New National Adoption Week research reveals 64% of the children in the North West waiting for adoptive families are brothers and sisters in groups of two or more. It also shows over half of sibling groups waiting for adoption in the region are children over the age of four.

“National Adoption Week is a great opportunity to get people who may be thinking about adoption to consider adopting siblings. Many people adopting for the first time choose to take a single child into their family. It is often in the best interests of the children that a sibling group finds a family together rather than experience further trauma by being separated. This presents an extra challenge for social workers and these factors account for the high proportion of siblings in our region waiting for an adoptive family. As Leo and Simon’s story shows adoption really does change lives for the better – yours and your children’s.”

If you’d liked to find out more about adoption contact Knowsley Council Adoption Service on 0151 443 3958 or adoptionenquiries@knowsley.gov.uk.