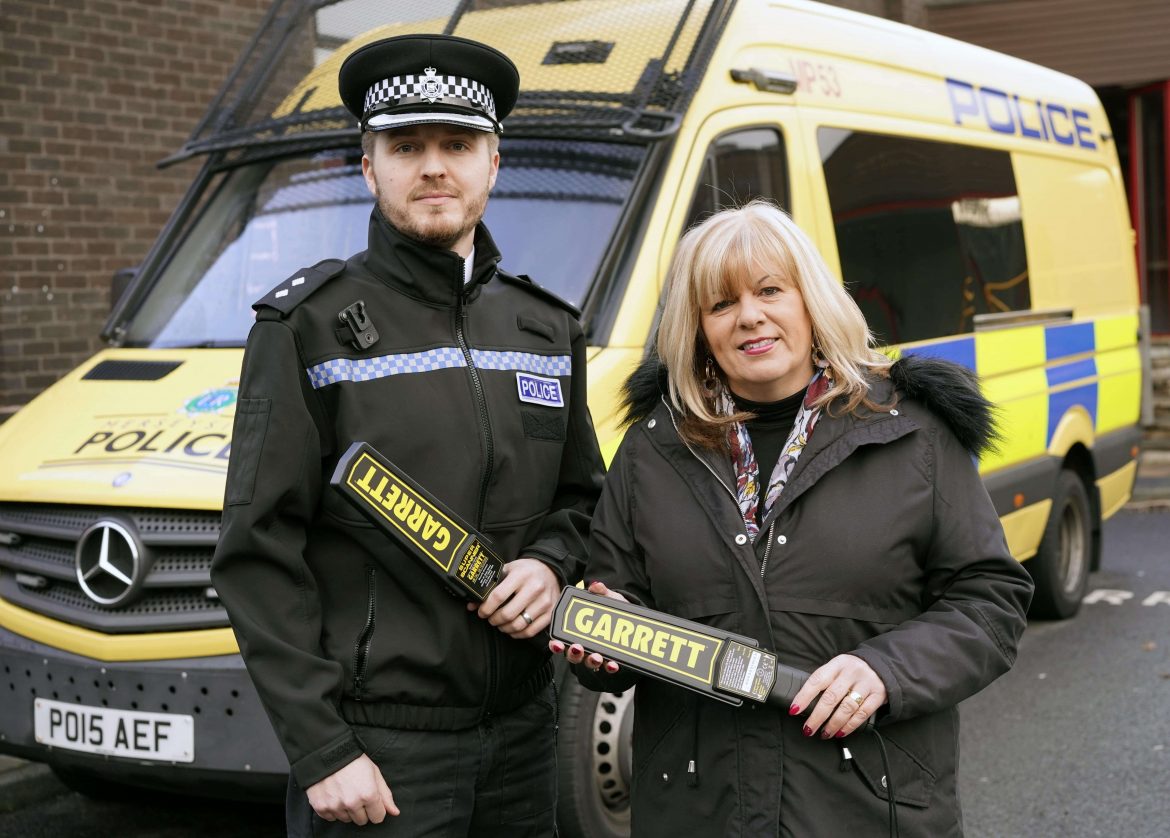 As part of Knowsley’s multi-agency working, including Knowsley Council, Merseyside Police, Mersey Fire and Rescue Service, Registered Providers of Social Housing and Knowsley Youth Mutual, to raise awareness of and prevent knife crime, the council has invested in knife wands.

The wands will be used by the Local Policing team in Knowsley, particularly during licensing enforcement visits across the borough, as well as during day-to-day activities, when carrying out stop checks and as part of school engagement visits.

This latest initiative is part of the council’s on-going work to support the knife crime campaign, which includes raising awareness of the issues as well as reducing the number of knife crime incidents.

“We know that knife crime has a devastating effect on families and wider communities so we are ensuring that the council and its partners have the right equipment to tackle issues across the borough. Knife wands are a good example of deterring knife crime by identifying those who are carrying one and ensuring it is confiscated so that it can’t be used.”

Knife crime – the facts and consequences:

Have you signed up for e-billing?