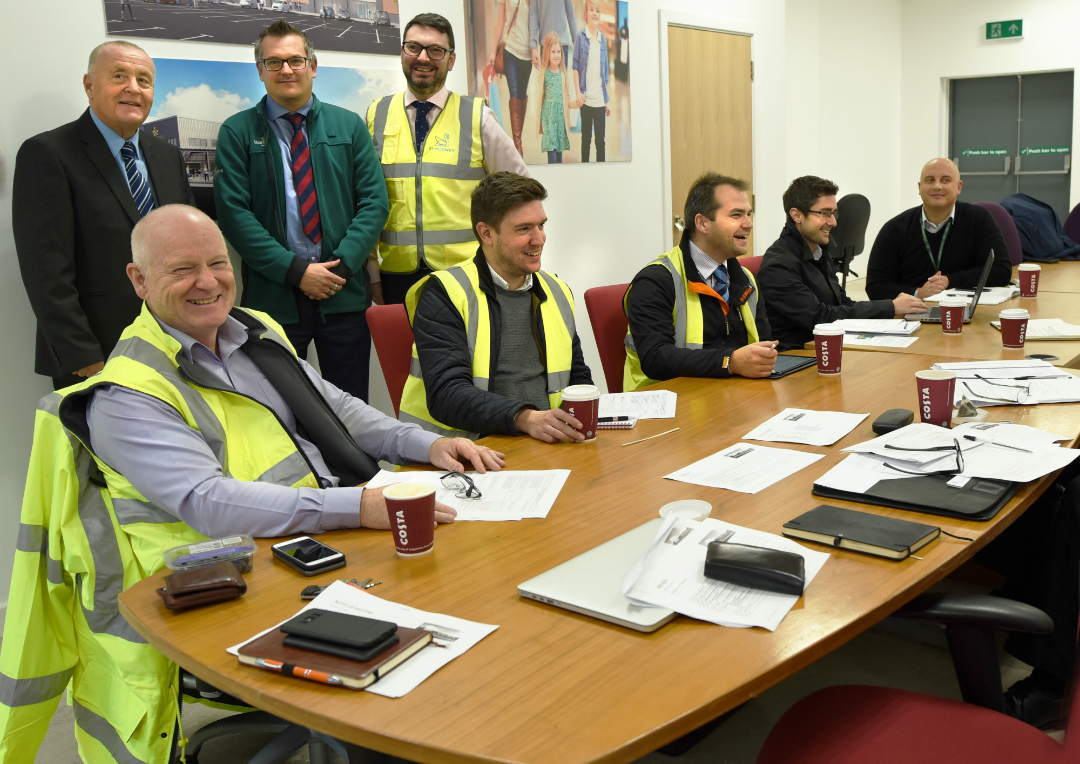 Cllr Tony Brennan, Knowsley Council’s Regeneration and Economic Development Cabinet Member, Paul Batho, St Modwen Development Director and James Smith from Morrisons met today at the site which will be home to a new Morrisons store to discuss the finer details around the store’s design and layout.

St Modwen’s plans for the town centre include the 45,000 sq ft Morrisons supermarket and around 76,000 sq ft of new shops, improved pedestrian links, car parking, new public realm and landscaping.  Home Bargains and KFC have already been confirmed as joining Morrisons in the new-look town centre.

The retail scheme is expected to bring a £16m boost to the local economy, creating 115 direct construction jobs and a further 175 jobs in the supply chain.  Once completed, there will be approximately 360 new jobs.

St Modwen has completed major demolition work and site preparation is now well under way, including planning the new arrangements for power, communications, water and drainage.

“Development on this scale doesn’t happen overnight and I know that local people are keen to see the programme of work actually being completed.

“I was delighted to see and hear about the progress being made with both St Modwen and Morrisons for the anchor store here in Kirkby.  There is a lot of behind-the-scenes technical, legal and utilities work taking place before the physical build can commence, but plans are progressing well.” James Smith from Morrisons, Paul Batho from St Modwen and Cllr Tony Brennan looking over the plans for the Kirkby Town Centre redevelopment.

“We are on schedule.  This work is paving the way for the redevelopment to begin and will reassure people of St Modwen’s commitment to regenerate Kirkby.”

Kirkby town centre has already benefited from £100m of public and private sector investment which has been used to deliver a range of improvements in the area.  These include a new health centre (St Chad’s), The Kirkby Centre, Kirkby Market with more than 120 stalls, a new bus station, Kirkby Leisure Centre, 3G football pitches, new housing, schools, logistics academy, a public art programme, improved public realm and an events programme.