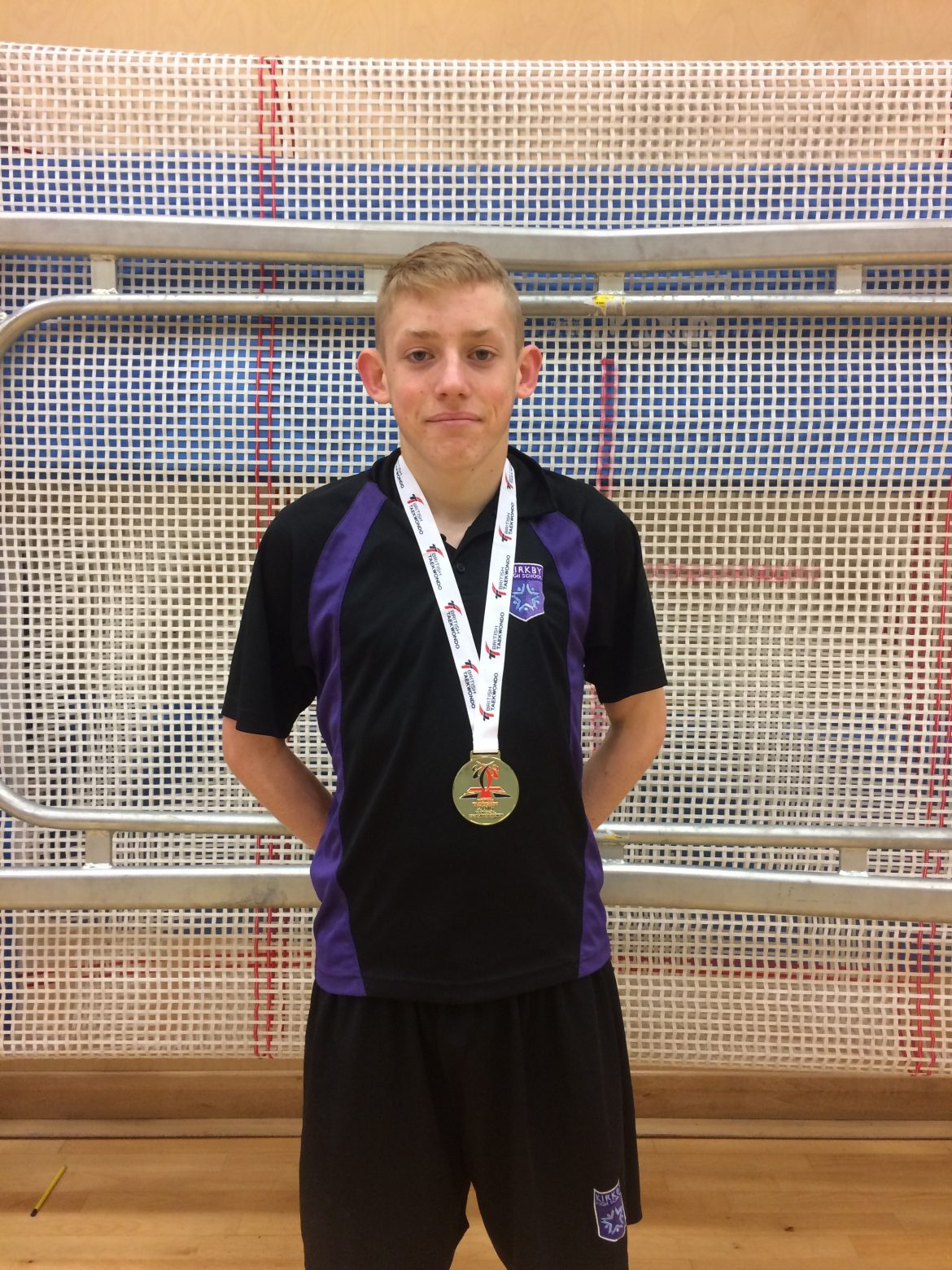 Hours of hard work and training has paid off for a pupil from Kirkby High School, who won GOLD after competing against others in Britain in a Taekwondo championship.

Jon Crowe, who in year 11 at Kirkby High School, won gold in the British Taekwondo Championships recently and dominated in the weight group of minus 51kg. As a result, Jon is now officially a national champion!

The young national champion got into the sport two years ago and trains at WLM Taekwondo, a family run martial arts club in Kirkby. Other members of the club did the club proud as in total, 2 gold, 3 silver and 2 bronze medals were won in the championships.

Jon juggles his time between school and training but will always find time to train for eight hours a week. On the days that he is not training, Jon shows his dedication to the sport by ensuring he exercises so that he’s always in his best shape for his competitions and prepared to be victorious.

Everyone from Kirkby High School could not be prouder and has always been supportive of him. Of course, however, Jon’s biggest fans are his parents. He says: “I was delighted when the bell went and I knew I was national champion. I have been training since May for this event and all the hard work has paid off. Seeing the smile on my Mum and Dad’s face was amazing.”

Well done Jon! We can’t wait to see what is in store for you next!