Most recent
Bars and restaurants to begin reopening from 4...
Huge strides made to build safer communities
Working safely during coronavirus (COVID-19)
Local leadership to prevent the further spread of...
Home Coronavirus: Community response Kirkby Olympian is in business!

Kirkby Olympian is in business!

Steve Smith is one of a number of sporting greats hailing from Knowsley. Born and brought up in Kirkby, he is Great Britain’s most successful ever high jumper – still holding the British record after 22 years.

Following his Olympic success Steve went on to forge a successful business career, co-founding Raise the Bar, a leading learning and development company working with some of the biggest brands in the UK and Europe. As a Director of the company, Steve has come back ‘home’ to Knowsley to open an office here and has also recently joined the Knowsley Place Board – a private sector led group focussing on promoting Knowsley and driving forward growth and investment here.

With a base on Kings Business Park in Prescot, Steve travels across the UK but continues to be drawn back to the place where it all began for him.

Kirkby Olympian is in business! was last modified: April 21st, 2020 by Gemma Melling 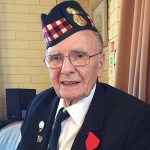 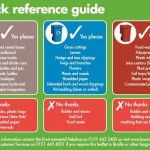 Recycling inspiration – from every room in your home!