Knowsley Council has submitted a planning application for a cinema scheme in Kirkby Town Centre (on the former Kirkby Library site).

This is another significant step forward in the council’s development plans for Kirkby Town Centre with Reel Cinema remaining committed to being the operator once the complex is constructed.

The planning application is for a 31,500 feet2 development which includes a six-screen cinema complex (14,500 feet2) along with three retail, food and drink outlets (totalling 17,000 feet2).

As well as Reel Cinema’s commitment to the scheme, Knowsley Council is also in discussions with a number of businesses who are interested in the other units included in the scheme.

The Liverpool City Region Combined Authority has supported the council’s plans to develop Kirkby Town Centre, contributing £10m to the overall £43.6m purchase price for St Modwen’s assets in November 2019, as well as pledging a further £5m to support the town centre. Discussions are ongoing with the Combined Authority with a view to allocating part of the remaining £5m to the cinema scheme, alongside further investment from the council.

Cllr Tony Brennan, Regeneration and Economic Development Cabinet Member, said: “It’s important that we ensure we are ready to go with this scheme once funding has been secured and once we have signed up the food and beverage businesses.  Applying for planning consent is the start of that process.

“As identified in our recent consultation event asking “what makes a good town centre?”, a cinema was a key priority for residents and businesses.  We have always said that we were committed to delivering a cinema scheme, and drawing up detailed plans and seeking planning consent to ensure we are construction ready shows that we are delivering on that commitment.”

The planning application can be viewed on the Knowsley Council website. 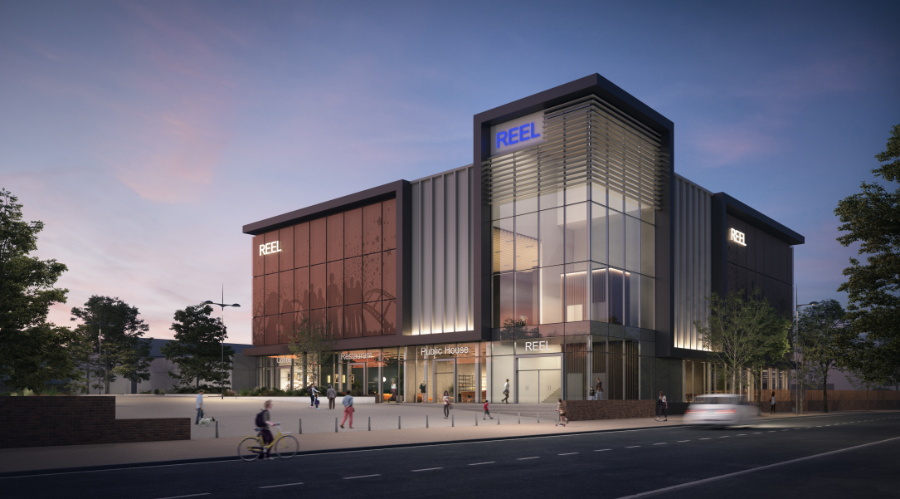 Cllr Kate Groucutt, Liverpool City Region Combined Authority Deputy Portfolio Holder for Inclusive Economy and the Third Sector, added: “As a Combined Authority we have been doing all we can to support our city region’s town centres and that is more important than ever as we rebuild our economy after the shock of the pandemic. We have been proud to support Knowsley’s ambitious plans to transform Kirkby Town Centre and this is another stage in that exciting process.”

Just days after acquiring the town centre from St Modwen late in 2019, the council started work on the new retail development in Kirkby Town Centre, which includes a 45,000 feet2 Morrisons supermarket, a six-pump petrol filling station, a new Home Bargains store, and a KFC drive-through restaurant.  At the time of the takeover, the council also announced plans to deliver a cinema scheme in Kirkby with detailed plans for the scheme now drawn up and progressing through the planning process.

Highway maintenance coming down the road

We will not sit back and tolerate criminal activity and ASB