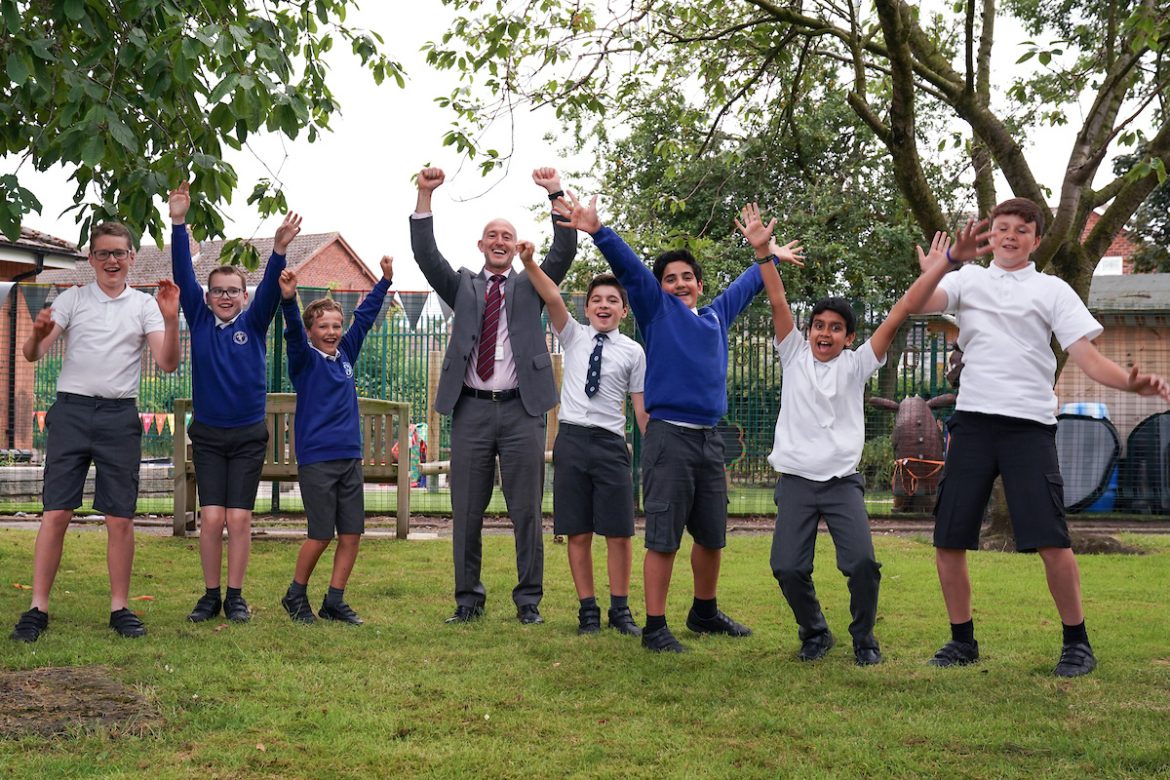 Class of 2019 celebrate another rise in SATs results in Knowsley

Primary schools in Knowsley continue to see increases in performance across all subjects at Key Stage 2.

Results of this year’s SAT tests show that pupils in Knowsley Primary Schools are keeping pace with the rate of improvement nationally, and that many of our local schools are recording record results which far exceed the national average.

Halewood C of E was the borough’s best performer

The borough’s top performing school in all areas at Key Stage 2 was Halewood Church of England Primary – where a staggering 92.9% of this year’s Year 6 achieved the expected standard in all the areas covered by the SATs – Reading, Writing and Maths.

In addition, the school outperformed the national average for pupils achieving the highest possible grade of ‘Greater Depth’ in all three areas too. Nationally only 11% of pupils achieve this very demanding standard but at Halewood Cof E Primary an incredible 32% did so. 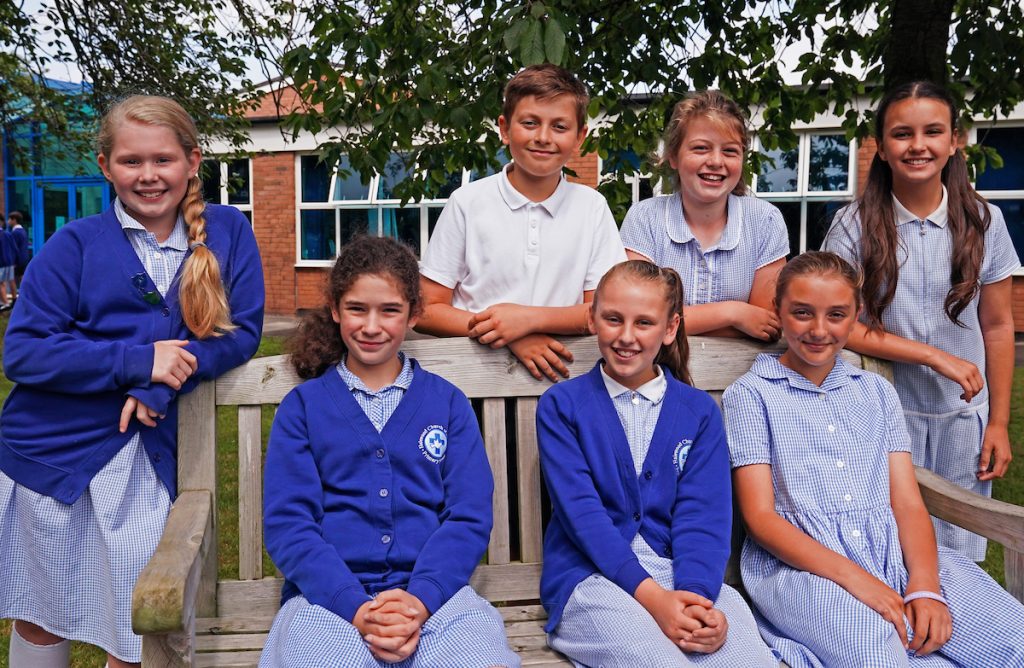 Halewood C of E were the borough’s top performing school at Key Stage 2 this year.

Headteacher Dave Smith said: “We are absolutely delighted to receive these results and want to pay tribute to the whole school staff team who work so hard to ensure that all our children get the best possible start to their education.

“This can only happen when the whole school community works together for the common good. Governors, parents and children all pulling in the same direction. We are immensely proud of our children, their progress and the well-rounded young people they have become, ready to start the next exciting chapter of their lives.”

Other top performers in Knowsley included:

Significant improvements were made in many Knowsley schools

Most improved overall was Saints Peter and Paul Catholic Primary in Kirkby, who achieved an incredible 24.6% point improvement in the number of pupils gaining at the expected standard in all three areas.

St Joseph the Worker Catholic Primary in Kirkby was one of the other schools celebrating big improvements – jumping 14% points, bringing the percentage of pupils achieving the expected standard in Reading, Writing and Maths to 73.3%.

Both these schools were involved in Knowsley’s Pathways to Success project over the past academic year, which is one of the initiatives established by the Knowsley Education Commission to raise standards across the borough. Their impressive improvements are testament to the impact this new way of working can have. 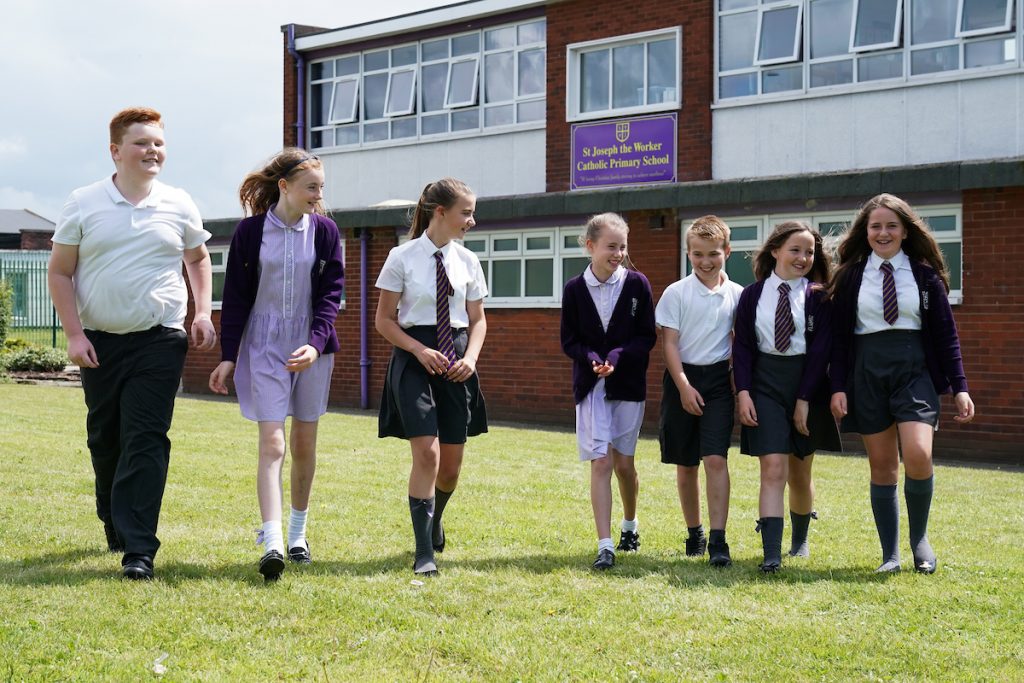 St Joseph the Worker in Kirkby are celebrating a big improvement in Key Stage 2 results this year.

Overall, schools across Knowsley saw the percentage of pupils reaching Expected Standard in all areas increase by 1% point – from 62% to 63%, which is marginally below the national average of 65% – this too increased by 1% point this year. There was also a 1% point increase in the number of Knowsley pupils achieving the very best results of ‘Greater Depth’ in Reading, Writing and Maths.

Cllr Margaret Harvey, Cabinet Member for Children’s Services in Knowsley, said: “Congratulations to all the pupils, teachers, school staff and parents who have played their part in helping the children to achieve this year.

“It is extremely positive that results at Key Stage 2 continue to rise in Knowsley and some of the results achieved by individual schools would rival those of the top schools anywhere in the country.

“The performance of schools like Saints Peter and Paul Catholic Primary and St Joseph the Worker in Kirkby who have benefitted from our Pathways to Success programme and seen huge increases in achievement as a result are extremely encouraging, and with a continued push on standards this year I’m sure we can achieve even more in 2020. Well done everyone.”

Get out and enjoy your favourite park, it’s Love Parks week!