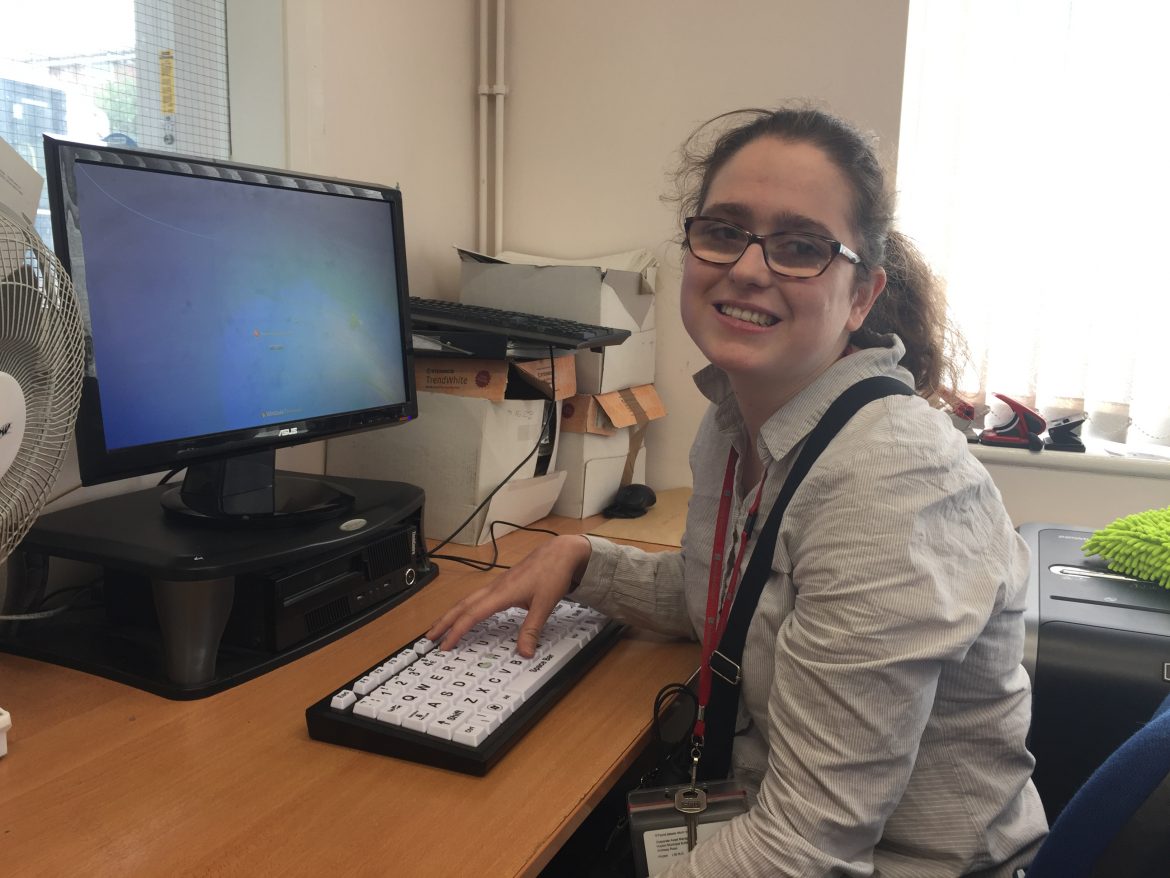 The future is bright for Huyton woman Kelly Blackburn who doesn’t let her sight impairment stand in her way.

Five years after starting as a service user at Knowsley Council’s local day care activity base, Kelly, 23, is now working as a volunteer at the service – helping disabled adults and supporting the centre’s reception team.

Kelly’s impressive achievements have also seen her giving talks to social care professionals highlighting her experiences as a person with a sight impairment and raising awareness of the issues facing those with visual difficulties.

Day Service Manager Robby Parry said: “Five years after Kelly joined us as a service user she is a different woman. She has developed her skills and confidence so much that she is now supporting other people with disabilities and making a real contribution to this service.

The team at the Huyton Activity Base day care service quickly recognised Kelly’s potential and were keen to support her development within weeks of her starting to attend the sessions.

Robby added: “Kelly was more keen to help us and was helping in the office within weeks of starting with us. Her story is an inspiration to many of our service users and she is committed to raising awareness of the challenges facing those with sight impairments to professionals as well.”

Kelly’s achievements at the activity base lead to her joining Knowsley Council’s supported internship scheme which offers employment opportunities to young people with disabilities. She then progressed to volunteering activities with local community groups before taking up her current role at to the Stockbridge Activity Base.

Kelly said: “I love being part of the team at Stockbridge Activity Base and knowing you are giving something back. I feel much more independent and very happy about the future.”

Knowsley Council’s day centres in Huyton, Kirkby, Halewood and Prescot provide a range of activities and support for adults with disabilities and autism, including crafts, music, sports, cycling and holistic therapies.

Facts you may not know about sight impairment: