It’s a great start of the year for Liverpool Elite

Liverpool Elite, the Huyton-based Taekwondo club, is no stranger to success; the team won five trophies in the Ultimate 1-1, four medals at the Yorkshire Open Championships and three medals in the International Hanguk Kids Cup last year. Now it seems that this year is going just as well with the team winning big in their first competition of the year.

It was nine-year-old Alan Whithead and 10-year-old Finn Labong’s very first competition but they didn’t allow it to make a difference and they both achieved an impressive gold. There’s no doubt that the little stars will be going onto to achieve more in the future with the team. Watch this space!

10-year-old Lincoln Littler is becoming known for coming away from competitions victorious, with this one being no exception. Lincoln gave a great performance once again and earned gold.

It was gold all around with Jack Waddicar also using his talent to win a gold medal.

What a great start to the year. Good luck to Liverpool Elite for other competitions coming up in 2018.

It’s a great start of the year for Liverpool Elite was last modified: February 5th, 2018 by Laura Johnston 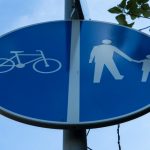