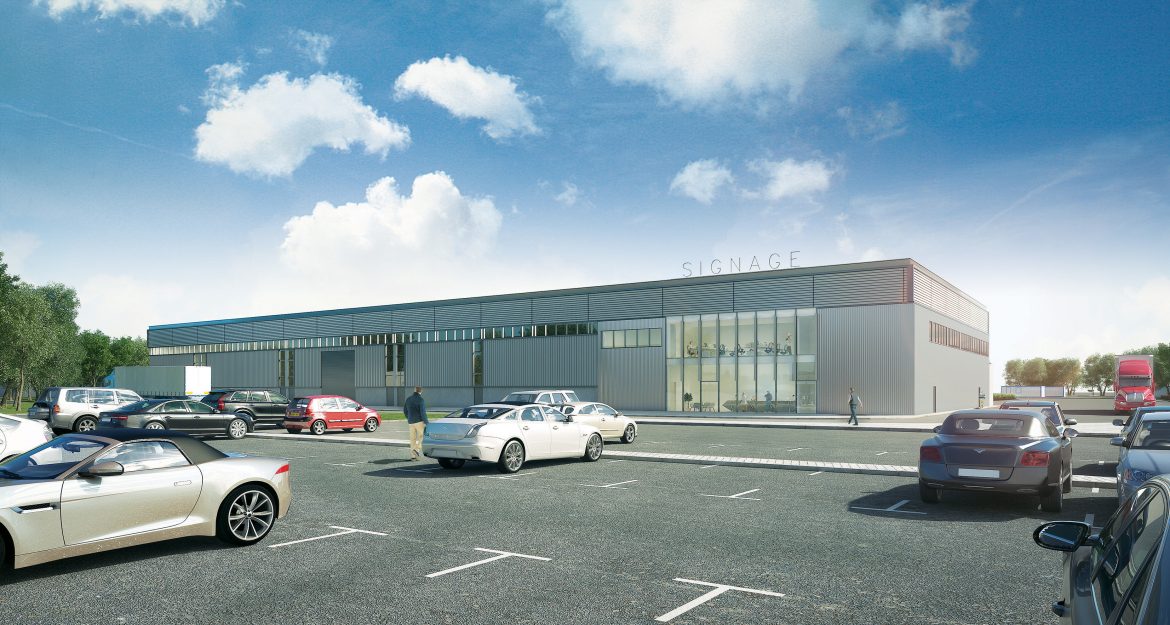 A major industrial and logistics facility at Huyton Business Park in Knowsley is under development.

The former Goodrich aerospace engineering site is being refurbished and remodelled into a modern high quality fit-for-purpose unit and will be known as Aquila.

Once completed (in early 2017) this new facility will provide occupiers with the opportunity to secure a new 120,000 sq. ft. home on junction 6 of the M62.

The development of Aquila is being led by specialist industrial development manager, DB Symmetry on behalf of Barwood Capital.

Following Barwood’s acquisition of the site Knowsley Council helped them to secure funding of £2.3m from the Chrysalis Fund, towards the redevelopment.

Cllr Mike Murphy, Knowsley’s Cabinet Member for Regeneration and Economic Development said: “This latest speculative development is a further demonstration of the confidence that developers have in Knowsley as a place to do business. It is also positive news for Huyton Business Park as this is a key site which provides potential occupiers with a high quality modern facility to meet their business needs for years to come.”

Simon Dixon of db symmetry commented that: “There was already substantial interest in the building, which will be completed later this year.”

Huyton Business Park is an established business park in Knowsley and is situated on the intersection of the M62/M57 motorway networks with a number of large distribution occupiers including Halewood International, Olympic Oils and Parcel Force in close proximity to the new Aquila unit. Back to school in Knowsley