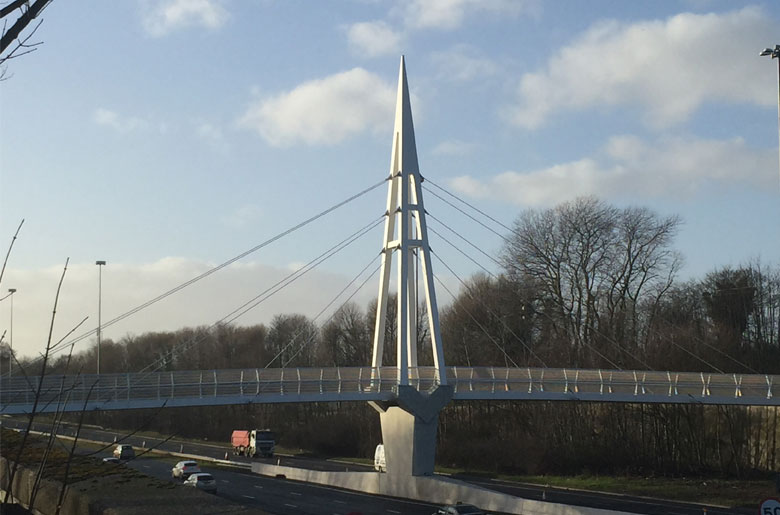 The new Greystone Footbridge over the M62 in Huyton has been Highly Commended by the Institute of Civil Engineers North West.

The scheme was highlighted at an awards evening earlier this year, which showcased projects demonstrating civil engineering achievements.

The new bridge was officially opened by The Mayor of Knowsley Cllr Edna Finneran in November 2015. She was joined by pupils from Malvern Primary School to be the first people to walk across it.

You can also find out more about the history of the former bridge and the reasons for its replacement.

If you haven’t seen the new bridge for yourself yet, you can even take a virtual drive underneath.

The eye catching structure is also illuminated at night and was recently illuminated blue for World Diabetes Day.

From ‘sausage bridge’ to iconic bridge: the story of the new M62 footbridge