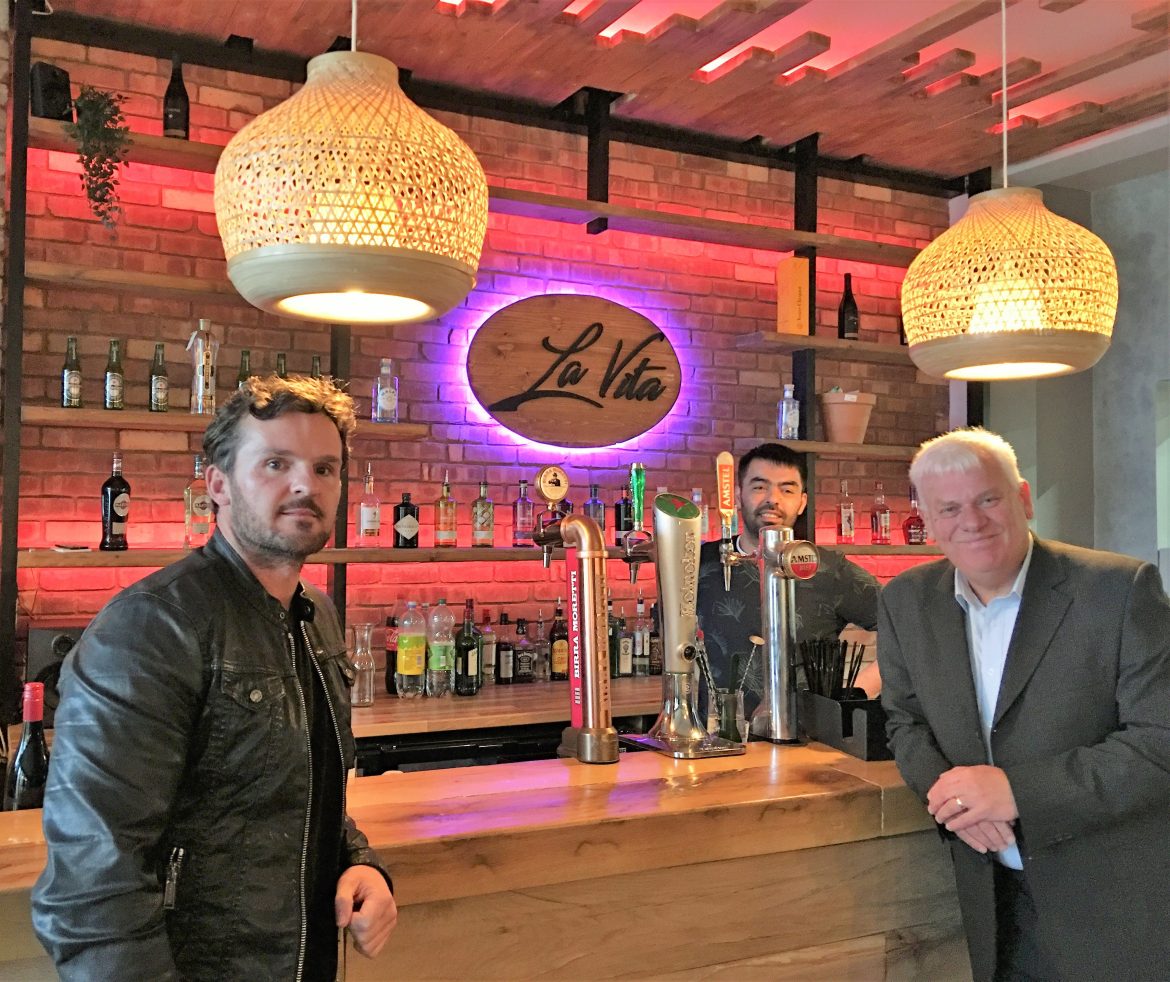 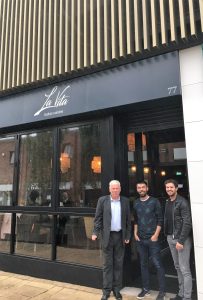 Located at 77-79 Derby Road, La Vita serves fine Italian cuisine and can seat up to 120 diners over two floors.

The premises had previously been vacant for eight years and was in poor condition before benefiting from the Shopfront Improvement Scheme.

Despite the pandemic a number of new food and drink outlets have opened in the village centre over the last two years, with an emerging night-time economy blossoming following the easing of restrictions.

The Shopfront Improvement Scheme is part of a multi-million pound investment in the Village Centre which has now seen 15 shop fronts undergoing a modern makeover including new windows, doors, signage and lighting.

The scheme has brought empty shop units back into use as well as creating 90 jobs for local people. Further phases of the Shop Front Improvement Scheme are also planned with a number of prominent buildings in the village centre due to be transformed.

This latest phase of work is funded through a grant of approximately £0.175m from the Liverpool City Region Mayoral Town Centre Fund.

Ray Guy, Co-Owner of La Vita, said: “Things are going really well. We seem to be getting busier each week and due to the size of the venue we’re proving very popular for functions – something we hadn’t considered when we opened. We can cater for large groups of people and the feedback from diners has been fantastic. It’s not just people from Huyton coming in, we’re getting bookings from people all over the region. Word is really getting round about the quality of the food.”

Ray added: “The Village Centre is starting to look fantastic and it’s getting better all the time.”

Cllr Graham Morgan, Leader of Knowsley Council, said: “La Vita is a fantastic addition to Huyton Village Centre’s burgeoning bar and restaurant scene and the improvements to the shop front have further enhanced the attractiveness of the Village Centre. Residents and visitors now have so much to choose from when it comes to dining out in Huyton and the Village Centre’s evening economy is really starting to thrive. With the ten-year masterplan for the Village Centre in place these are really exciting times for Huyton.”

You can find out more about the ongoing plans for Huyton Village Centre here.