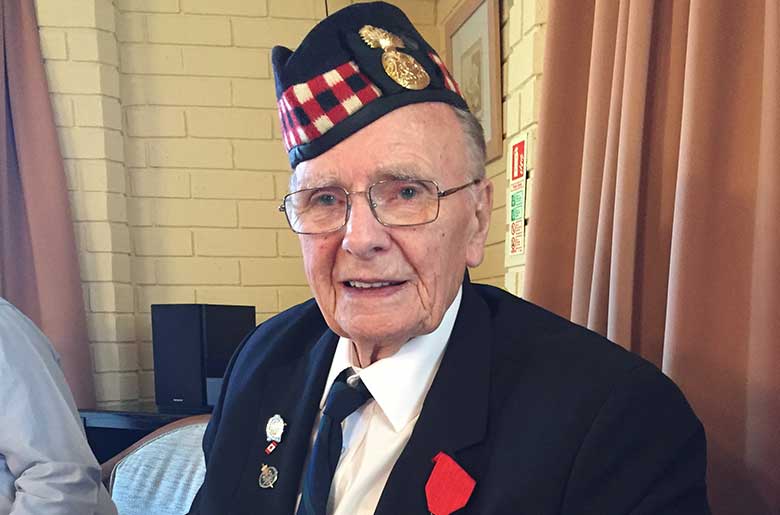 91-year-old Ken McKernan from Huyton has been awarded the French government’s highest military honour for his bravery during World War 2.

Ken was been awarded the Légion d’honneur medal for his part in the liberation of France more than 70 years ago. While the award is usually restricted to French nationals, foreign nationals who have served France may also receive the honour.

Ken was 18-years-old when he landed with the British and Canadian Forces on Juno Beach in 1944. He fought in France, Belgium and Holland and was involved in the Battle of the Bulge in the Ardennes, and Operation Market Garden in Holland.

Ken said: “I’m very proud to receive this medal, it’s great. Many of us gave our lives to liberate France, and I was really lucky to make it through.

“When the war ended I couldn’t wait to get out of the army though. It was easy to get jobs then – I worked in a carpet factory before working for more than 30 years at BICC as a foreman.”

This latest honour caps off a decorated military career for Ken. He has previously also been awarded a Victory Medal, the Service Medal and 1939-1945 Star.

Kirkby Olympian is in business!