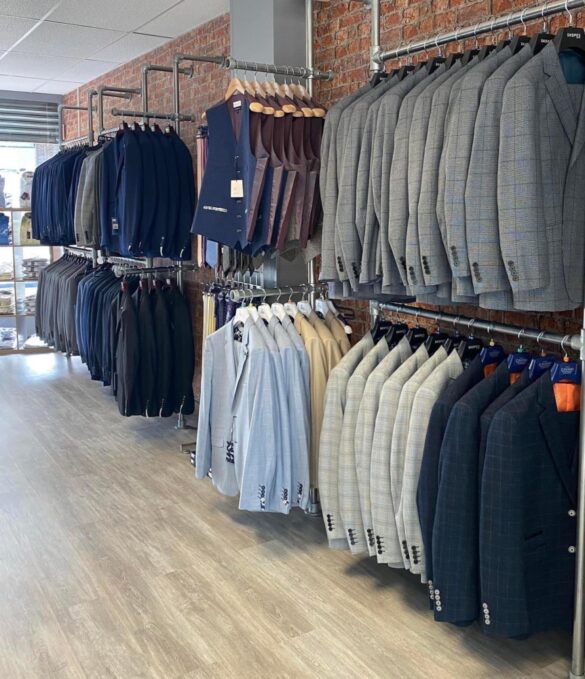 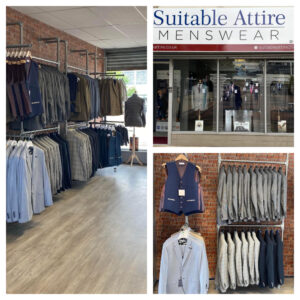 Suitable Attire, which opened in June, is based in Sherborne Square next to The Kirkby Blinds.

The retailer sells a range of men’s and boy’s suits, shirts, shoes, ties, belts and cufflinks and also offers an alteration service.

It is the latest previously vacant shop unit to be brought back into use in Huyton Village Centre.

An array of new businesses have set up in Huyton Village Centre over the last two years, with investment from initiatives such as the Shopfront Improvement scheme and an engaging events programme.

Ambitious plans are in place for the continued regeneration of Huyton Village Centre as part of the Council’s ten year development plan.

Owner David Tomlinson, a Knowsley resident, said: “I think there’s been a gap in the market for formal menswear and I wanted to bring something different to Huyton Village. I provide suits for kids aged three to 14 and men’s sizes from 36 – 54. I also cater for everything else to go with your suit for that special occasion such as a wedding, prom or day at the races.”

Suitable Attire sells a wide range of suits from designers include Cavani, Marc Darcy and Skopes.

The store is open from Tuesday to Saturday between 10am and 4pm.

Cllr Tony Brennan, Cabinet Member for Regeneration and Economic Development, said: “I think shoppers have been keen to see a wider range of menswear options in Huyton so Suitable Attire should be a valuable addition to the retail offer in the Village Centre.”

Prescot Primary School judged to be “Good” by Ofsted

Make sure your picnic food is safe this summer