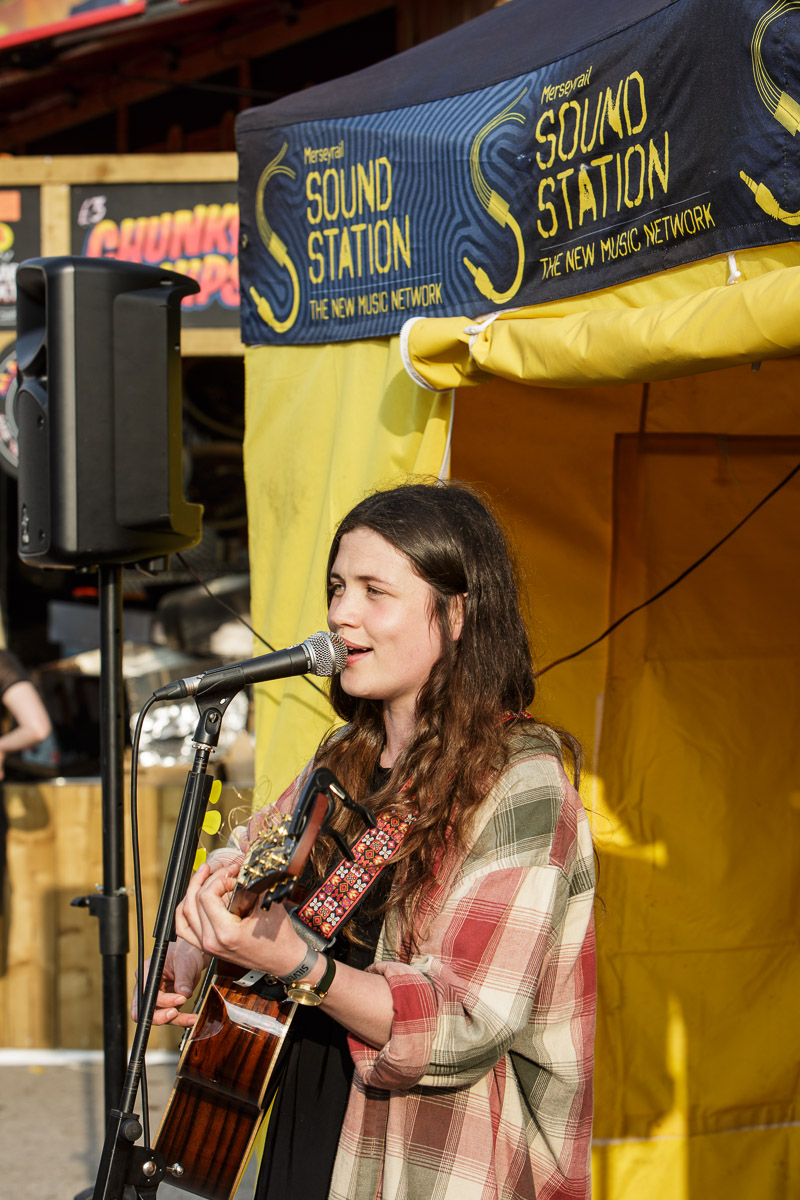 Talented singer Katie Mac is doing her hometown of Huyton proud by earning a place in the finals of the annual Merseyrail Sound Station music competition.

The competition is a collaboration between Merseyrail and Liverpool music magazine Bido Lito!, and Katie is one of ten talented artists who was invited to perform at Moorfield’s train station for a one-day festival.

Before this stage, those entering the competition were required to perform an original song at one of the designated Merseyrail stations and upload the performance to the Merseyrail Sound Station Facebook page to share their talent.

One of the benefits of winning is being given the opportunity to record with former Joy Division and New Order Engineer Michael Johnson. The winner will also be given free train travel on Merseyrail and a full year of professional music industry mentoring. Mentoring includes everything from how to book gigs and appearances, to how to approach record labels and release music.

Katie discussed where she gets the inspiration for her songs from and said “My songs are about real situations and experiences so if they mean enough to me the lyrics eventually come with a bit of effort. Sometimes the guitar comes first, other times the lyrics. The songs are always an acoustic effort before I introduce them to the band though.”

The winner will appear on the project’s monthly podcast which features exclusive live sessions with some of Merseyside’s upcoming musicians. It also features the latest sounds from across the Merseyrail network and up-to-date music news from Liverpool. The sound station project curate a pop-up stage which gives the opportunity for upcoming artists the chance to perform at Liverpool’s top festivals such as Sound City, Africa Oyé and LIMF.

The big final is on November 19 at Moorfields and it’s all down to a panel of experts from the music industry to decide who the winner will be.