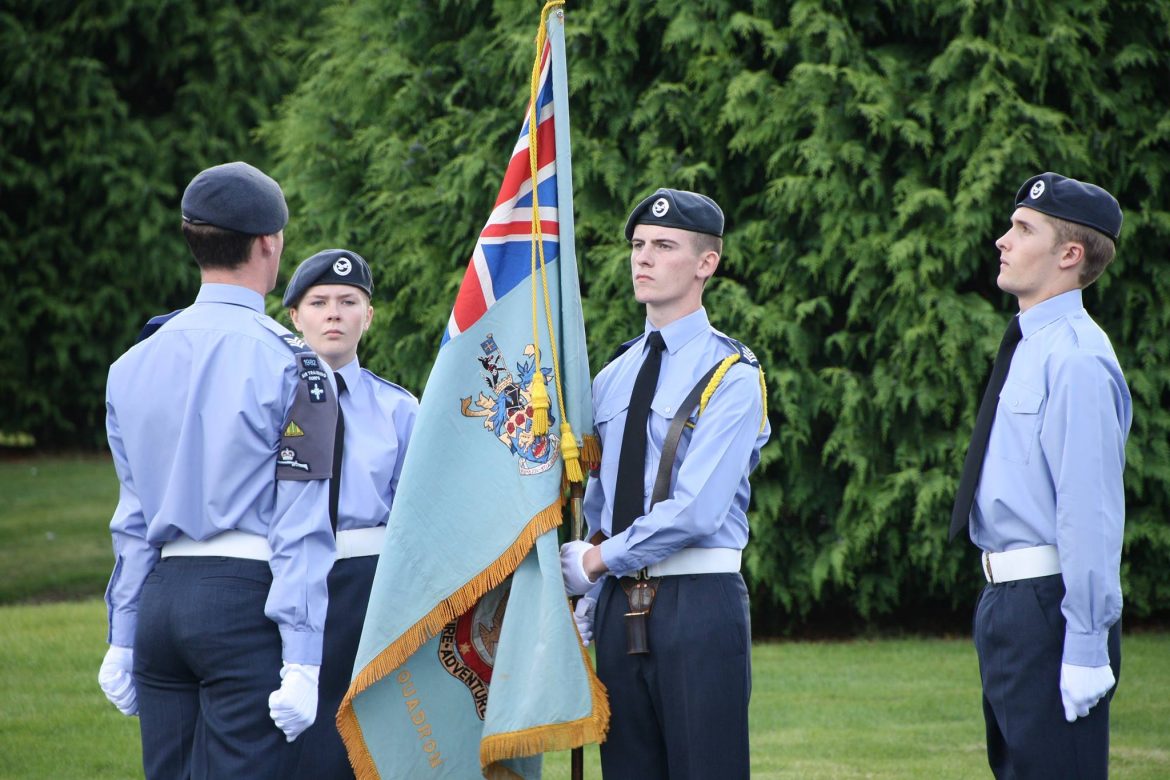 Congratulations are in order for a team of five cadets from 1982 Huyton Squadron RAF Air Cadets who have recently been crowned champions.

The triumphant team competed against 29 other squadrons in Merseyside Wing then took on another five Wings which led them to winning at the regional competition.

Competition was tough and the cadet’s standard of dress was inspected and their ability to follow a set drill sequence while maintaining a smart and uniform manner was fiercely judged. This included casing and uncasing the Squadron Banner, and performing different movements and salutes as well as they can.

Aiden Jackson, Banner Bearer and Flight Sergeant, is exceptionally proud of the team and says that “The team worked exceptionally hard and put in many hours of preparation and practice to achieve this victory.”

Their success has now given the cadets the honour of representing Wales and West region at the national champion which will be happening in November 2016.

Aiden Jackson does not have any doubt that the team’s success will continue at the national champion and neither do we!