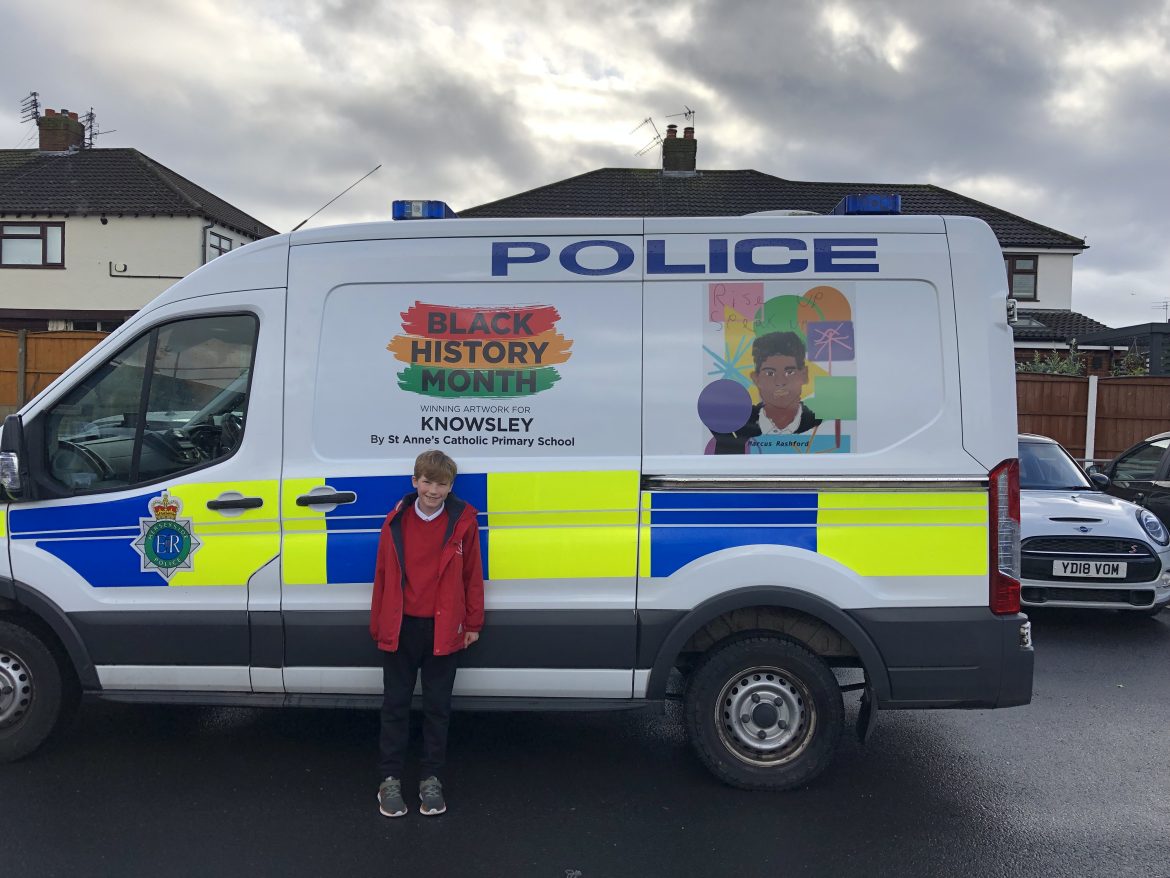 Today (Friday 1 October) marks the start of Black History Month – an important opportunity to recognise and celebrate the many contributions made by black people in Britain over many generations.

To start the month off, Merseyside Police were joined by Cllr Margaret Harvey and Cllr Shelley Powell to reveal to Sebastian Garvey-North (age 9), a pupil St Anne’s Catholic Primary School in Huyton, his design on the side of a Police vehicle, which won the Merseyside Police Black History Month design competition.

In May, pupils across Merseyside were asked by Merseyside Police to design a poster celebrating Black History Month. Children from across the region were invited to get creative and respond to the theme of ‘making a difference’, exploring figures who have made a difference from the past, present or in their own communities.

Significantly, Sebastian’s winning design will also be displayed at the International Slavery Museum in Liverpool, a museum dedicated to telling untold stories of enslaved people where visitors can learn about historical and contemporary slavery. 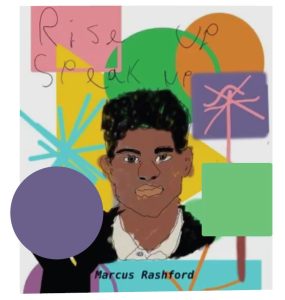 “Huge congratulations to Sebastian for creating the winning design – it’s fantastic. This Black History Month and throughout the year, we are dedicated to addressing global issues of inequality and discrimination and we’re incredibly proud of all the children, teachers and schools who participated in this competition. Not only was it a brilliant opportunity to get creative, but it also encouraged discussion, learning and celebration of black heritage and culture.”

Liam Anderson, Headteacher. St Anne’s Catholic Primary School also commented: “What a wonderful start to Black History Month. We’re so proud of Sebastian, to see his work displayed so prominently is fantastic.  His classmates were also very impressed by Sebastian’s achievements, and we will all be sure to keep an eye out for his design and wave at officers as they drive past.”

Sergeant Azizur Rahman, Local Policing, who organised the art competition, said: “We received some fantastic entries, and this competition offered a great opportunity for pupils to learn about Black History Month and to celebrate and understand the impact of black heritage and culture.

“It was important that this competition engaged with young people and helped them to understand why Black History is so important in challenging negative stereotypes so we can make a positive and potentially life-changing impact within our communities.”