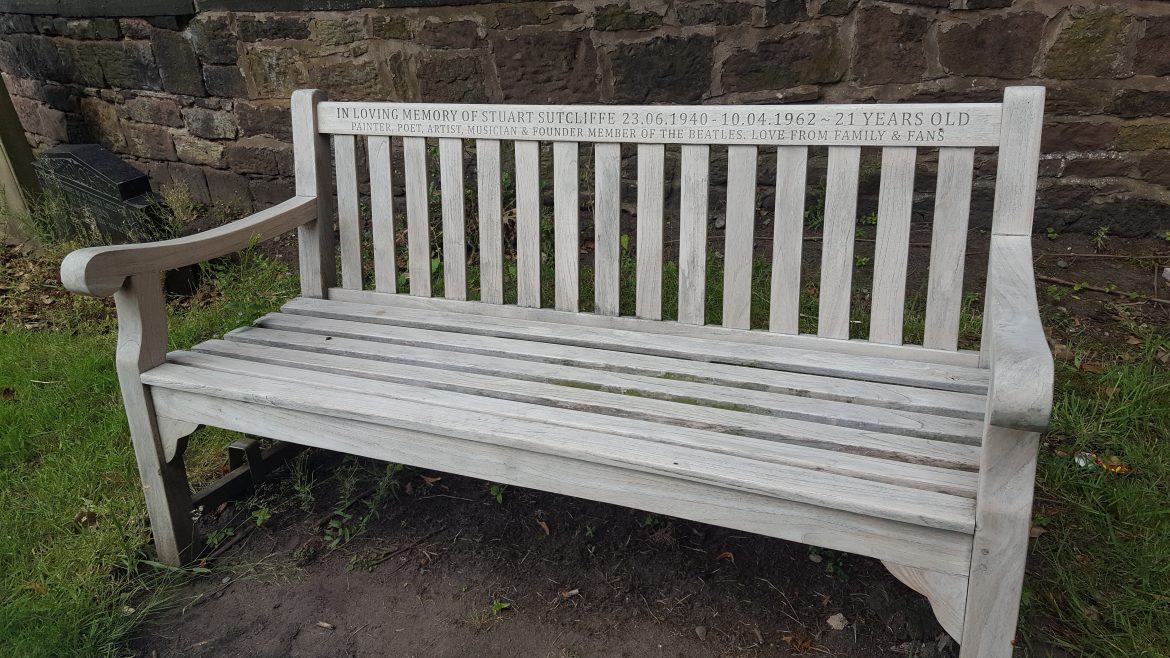 Historic England challenged the UK to come up with photos of less well-known memorials for an ‘Immortalised’ exhibition they are hosting in the Workshop in Lambeth, London.  From statues and street names to street shrines and temporary artworks, Historic England’s latest project was to explore the variety of ways people and events have been commemorated.

He went to Art College in Liverpool, where he met and made friends with John Lennon.  He was asked to join the band and from 1959 to 1962, Stuart was part of The Beatles.  Tragically in 1962, Stuart died at the age of 21 years following a brain aneurysm.  He was buried in Huyton Ceremony, opposite St Michael’s Church, and his grave is now a shrine for Beatles fans. The memorial bench was funded by Beatles fans and offers a place of quiet reflection.

“Immortalised” explores the ways people and events have been commemorated in England, by the statues, the plaques, shrines and murals that mark heroic, quirky, inspirational and challenging lives exploring how, why and who we remember.
Cllr Tony Brennan, Cabinet Member for Regeneration and Economic Development, said “I’m pleased that a memorial in our borough, arranged and installed by Beatles fans, is being highlighted in this national exhibition, and commemorates a local resident who went on to be in one of the biggest bands ever!”

The Immortalised exhibition runs from 30 August until 16 September and further information is available on Historic England’s website.

Be Like Becky and Spot the Signs of Domestic Abuse

Huyton Air Cadets take on the Walk of the World