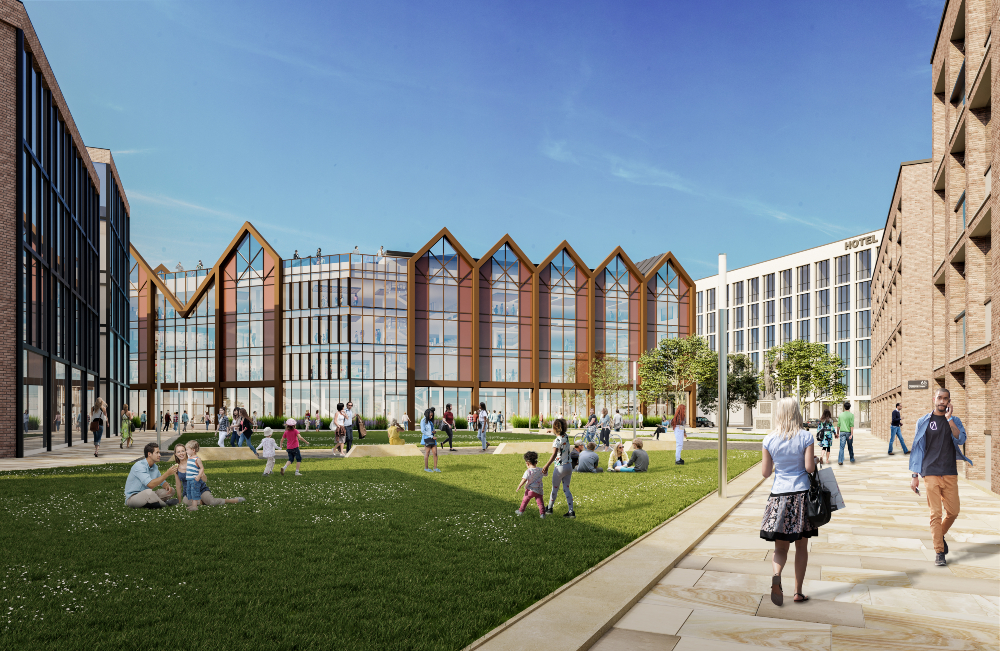 Knowsley Council recently submitted a £20m bid to the Government’s Levelling Up fund to help to accelerate its ambitious 10 year development plan for Huyton Village Centre.

Despite meeting the criteria, and Knowsley being a Government ‘Priority 1’ area, the bid was not approved by central Government. However, the Council remains committed to progressing and delivering its plans and will resubmit a bid for Round 2 of the Levelling Up Fund and also seek alternative funding sources.

The £4.8bn Levelling Up Fund was established to support town centre and high street regeneration, local transport projects, and cultural and heritage assets. This is clearly outlined in the ambitious ten year development plan for Huyton Village Centre, approved by Councillors last year.

Cllr Tony Brennan, Cabinet Member for Regeneration and Economic Development, said: “I am extremely disappointed with the Government’s decision not to support the Council’s development plans for Huyton Village Centre.

“What makes it worse is that 30% of the successful funding bids were in Priority 2 and even Priority 3 areas. Knowsley was a Priority 1 area – so we have asked the Government to provide us with feedback on why our bid was unsuccessful when it was in a priority area and the outcomes from our scheme exceeded the criteria for the fund.

“The Government has previously ignored Knowsley’s need for regeneration funding through their Future High Streets Fund and their Towns Fund and we can now add Levelling Up Fund to that list.

“Despite this setback and being overlooked yet again by central Government, our vision remains in place to deliver our plans for Huyton.  We will resubmit a bid for Round 2 of the Levelling Up Fund but we will also look to attract support from other sources.

“The improvements to Huyton Village Centre are already well underway. New state of the art CCTV has been installed and a number of shop front improvements have already benefited from contemporary makeovers including new windows, doors, lighting and signage. This has helped attract new businesses and helped diversify the offer in the Village Centre.

“We have seen our food and drink offer in Huyton expand over the last two years, with further interest from more operators received. Hopefully we’ll be able to announce another offer in Huyton shortly.

“We have also secured a high number of expressions of interest to be our Management Development Partner and we are currently progressing these through a robust procurement and selection process.

“Our 10 year development plan will attract new jobs, more investment and provide a significant boost to the local economy.

“We remain committed to making this development plan a reality and as can be see from our work in Prescot and Kirkby we have a successful track record of delivery.”

Protect our classrooms and get tested before school returns