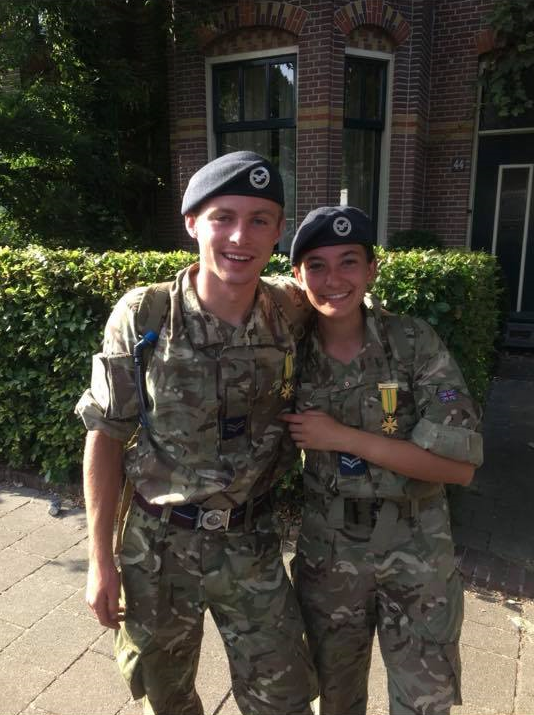 Huyton Air Cadets take on the Walk of the World

A pair of adventurous cadets from Huyton Air Cadets travelled to the Netherlands to join the British Military Contingent in the Nijmegan March, a four-day walking challenge covering a massive 100 miles.

The event, known as Walk of the World and the Four Day Marches, is in its 102nd year and took 40,000 walkers along beautiful routes around Gelderland, Brabant, Limburg, and Nijmegen.

To prepare for the physically demanding challenge, Cadet Xisca Cleverley and Corporal Daniel Brannan trained for months. Although all of the effort, and the heat and blisters they had to endure were worth it when the cadets reached the finish line to cheering spectators and they were presented with their Four Days Marches medals.

Corporal Brannan said: “Taking part in the Nijmegan March was the hardest thing I’ve ever done as a cadet but it was such a great experience. Spectators from across the world turned up to show their support and there was a real buzz about the place – this really helped us as we grew tired during the final stretch.”