Hollywood actor Stephen Graham, star of Pirates of the Caribbean, Snatch and This is England, took time out from his filming schedule to return to his home borough recently to encourage pupils to take school attendance seriously.

Stephen, who grew up in Kirkby and says he is proud of his Knowsley roots, visited several schools in the borough where pupils had successfully achieved 100% school attendance as part of Knowsley Council’s 30-day attendance challenge.

Among the schools he visited was Lord Derby Academy in Huyton, which was named the Most Improved School in Knowsley and the Best Performing when it comes to school attendance.

He also called at St Anne’s Catholic Primary School in Huyton and Bluebell Park Special School in his hometown of Kirkby.

Stephen addressed pupils in assembly telling them: “I’m very honoured to be here to congratulate you on your achievements.

“Knowledge gives you the power to be whoever you want to be in life, and the key thing to this is attendance. If you’re not in school you won’t learn. Whatever you dream you want to do in life, anything is possible if you put the work in.”

Find out more about Knowsley’s campaign to improve school attendance 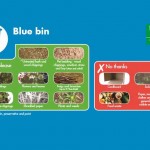 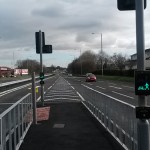