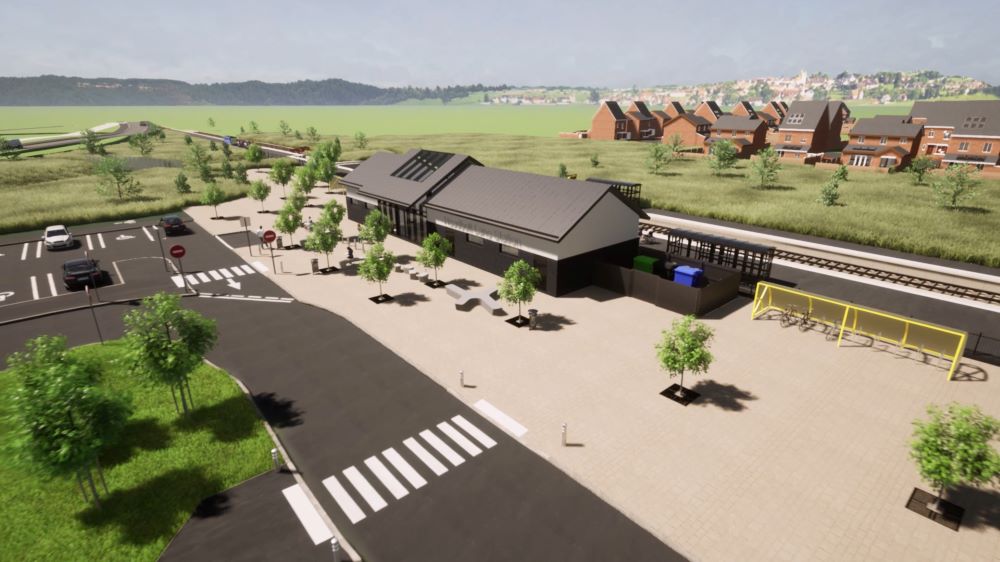 This article was last updated on 18th August 2022

Site preparation work started in January 2022, and the opening of the Station is scheduled for 2023.

The Liverpool City Region Combined Authority (led by the Metro Mayor) is delivering this £80m project, in partnership with Knowsley Council, Network Rail, Merseyrail, and Northern Rail.  Funding for the scheme has been provided through the Government’s Transforming Cities Fund.

What is the new station for?

The new station will extend the Merseyrail network, which currently terminates at Kirkby, to a new location off Headbolt Lane.  This will improve transport links for the Northwood and Tower Hill areas of Kirkby as well as for Knowsley Business Park.

Northern Rail services from Manchester and Wigan will operate to and from the new three-platform station, which is also designed to support any future plans to build a new rail link to Skelmersdale.

What do the plans include?

What are the benefits?

When will works commence?

When will work take place?

Most of the construction work will be carried out on weekdays, between 7am and 6pm.  Network Rail are conscious of the need to minimise the impact on local residents of the noisy activities associated with building the new railway station and making the necessary changes to the nearby railway line- between Headbolt Lane and Kirkby Station.

To ensure the safety of construction workers and that the new station is completed on time, it will be necessary to undertake some work when trains are not running.  This will predominantly be on Saturday nights and during the daytime on Sundays.

Will the work be noisy?

It is inevitable that some of the work will be noisy, although Network Rail will take all reasonable measures available to minimise potential disturbance.

Various specialist pieces of plant and machinery will be used over the course of the project, including cranes, piling rigs, excavators, dumpers, and road rail track machines.  Staff and contractors will be aware of their responsibility to keep any noise to a minimum.

As part of the project there is a requirement to widen the embankment next to the existing railway line. This work, which includes the installation of retention walls, has now commenced, and will require piling rigs (large metal poles will be pushed into the ground to stop ground movement), excavators, and hand tools.

As part of the planning conditions, an agreed construction management plan will ensure that disturbance and noise levels are mitigated.  Noise levels will be monitored and work will be stopped if noise exceeds the defined limits.

Between Sunday 21 August and and Saturday 27 August Network Rail will be installing new tracks between Headbolt Lane and Kirkby. Engineering trains will be used, and fresh railway stone will also be installed. This will involve day and night time work, with potential for noise disturbance.

Will there be road closures?

The following roads close to the new station will be impacted:

How will residents be kept informed about the works?

Network Rail and the station partners will communicate with residents to update them on the works.  Updates about the station’s progress will also appear on Knowsley News and on Knowsley Council’s social media channels.

The first in-person public engagement meeting is due to take place on Thursday 17 March. The drop-in event will take place at Centre 63 community centre in Kirkby.

Who can I contact for more detail about the work taking place?

You can find more details about the project here.

A finger-prick is all it takes to test for HIV