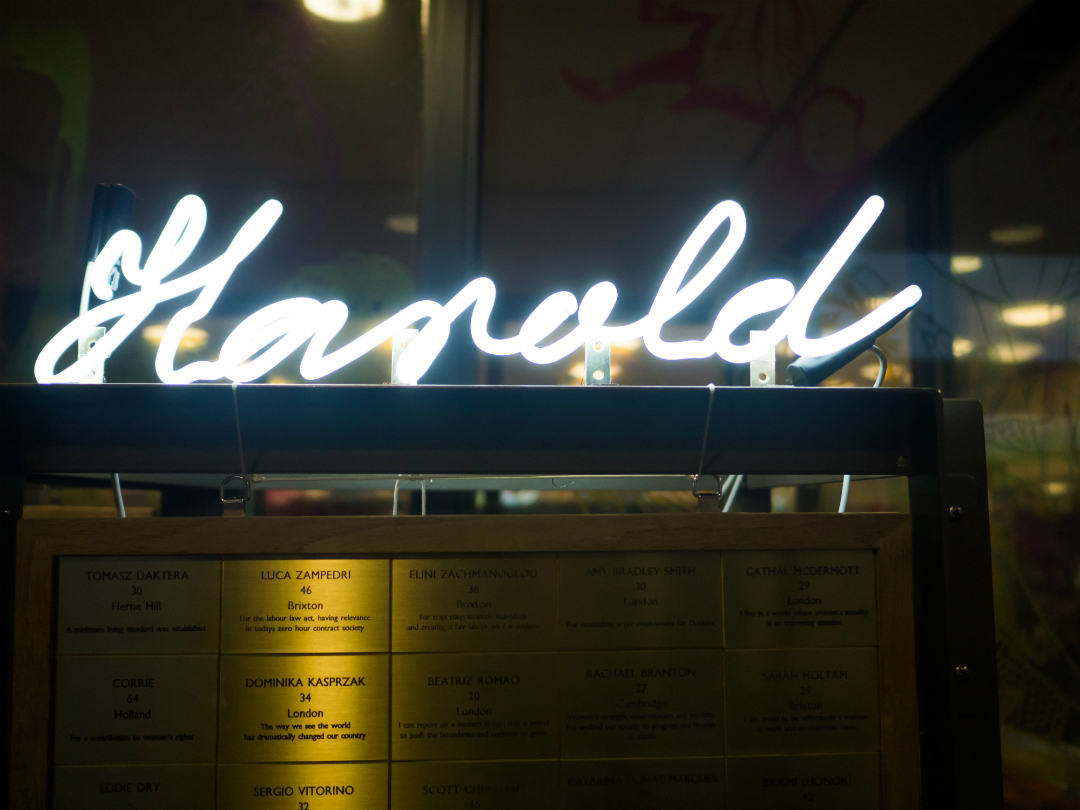 A piece of artwork which captures the faces of people who directly benefited from former Prime Minister Harold Wilson’s reforms has been unveiled in Kirkby.

The work, entitled With Thanks to Harold, was commissioned to commemorate 100 years since Harold Wilson’s birth and has been created by artist Ashley Ball. It features ‘tintype’ photographs of real people whose lives were changed for the better thanks to some of Mr Wilson’s most notable achievements, including equal pay for women, the abolition of the pen system for dockers and the introduction of the Open University. A closeup of the artwork

The project has been funded by the Harold Wilson Centenary Committee through fundraising and donations from individuals and organisations. In creating the work, artist Ashley has travelled to many different parts of the country including Leeds, Knowsley, Liverpool, London and Huddersfield, with his tintype photo booth, to interview and photograph for the piece. His use of this very old photography method has resulted in a unique and thought-provoking artwork. George Howarth MP pictured with the With Thanks to Harold artwork

With Thanks to Harold was officially unveiled at Kirkby Gallery earlier this month to an audience of invited guests, including George Howarth MP. It is now on display in Kirkby Library and will move to Huyton Library in the coming weeks. From there it will be toured across the country, eventually being displayed in Westminster. Artist Ashley Ball, who created the With Thanks to Harold artwork

George Howarth MP said: “This piece of public art, which marks the centenary of Harold Wilson’s birth, was commissioned in order to allow people to express their thanks to Harold Wilson for the things he did as a politician to improve the lives of working class people. It is both visually stunning and, at the same time, informative. He added: “Harold Wilson served as an MP for this area from 1945 (as MP for Ormskirk) to 1983 (as MP for Huyton) and won four general elections. For me, he is a personal hero”. Knowsley Council’s Library and Archives Service has been supporting the project and has compiled a special display of items from the borough’s archive relating to Harold Wilson’s time as a local MP and Prime Minister.

Tweets of the Week, November 18