Home Community and neighbourhoods Did you benefit from Harold Wilson’s reforms? 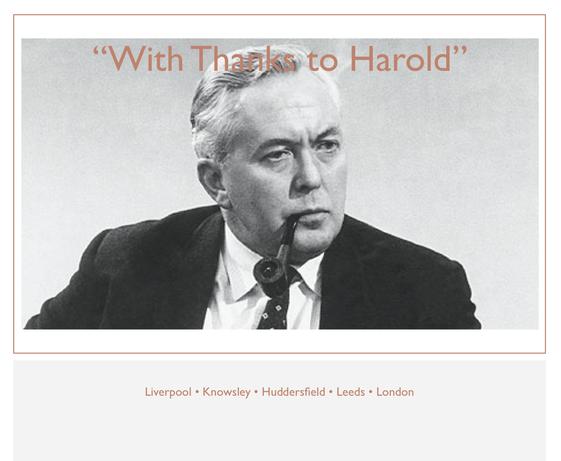 Did you benefit from Harold Wilson’s reforms?

A new project to celebrate the life of former Prime Minister, and Huyton MP Harold Wilson, is looking for people whose lives were changed as a result of his policies.

The art project is hoping to capture photographs of people across the UK who were directly impacted by some of Harold Wilson’s most notable achievements, including equal pay for women, the abolition of the pen system for dockers and the introduction of the Open University.

In this, the 100th anniversary year of Harold Wilson’s birth, the project aims to capture his legacy through visual art – bringing all the photographs together to create a piece of public art which will tour the country next year.

Were you affected by Harold Wilson’s reforms?

Artist Ashley Ball is currently touring the country capturing portraits of people who were touched by Harold Wilson’s time in Government. He will be in Kirkby on Saturday (17 September) to capture images of local people from the Knowsley area – and if you would be interested in taking part he wants to hear from you.

Were you, or a member of your family:

If any of these apply, you may be able to take part in the art project, which will capture the faces of a wide variety of people for whom the course of their lives changed thanks to the policies of Mr Wilson.

How can I get involved?

If you are interested in taking part, please contact artist Ashley Ball by emailing storeandarchive@gmail.com or telephoning Ashley 07497433751.

The Harold Wilson Centenary Art Fund was founded by the current MP for Knowsley, George Howarth, in July 2015, with the aim of creating a piece of public art to commemorate 100 years since Harold Wilson’s birth.

New programme to help people get into work