That’s the message Knowsley Council are sending to residents of Kirkby as construction work begins this week on the long awaited new Morrisons superstore in the town centre.

This work on site marks a significant milestone in the project and provides the visible evidence that the regeneration of Kirkby town centre is happening now that the council has taken control.

The good news for Kirkby follows years of failed promises from the private sector and months of speculation regarding the future of the town centre as Knowsley Council worked to buy out the previous owners St Modwen.

Councillor Graham Morgan, Leader of Knowsley Council, said: “I think it is fair to say that it’s been a long road to get us to this point.  To actually see activity on site and construction under way is just fantastic, and I am sure that residents and businesses will feel the same way.

“The regeneration of Kirkby has been a priority for this Council for as long as I can remember.  While the area was in the hands of private owners, our ability to make positive changes in the town centre was limited – but that has changed now.  As owners of the town centre, we can push on with the development and create the town centre which our community wants and deserves.

“Lots of people have said they will believe it when they see it – well, now they can believe their own eyes!”

What are the plans for Kirkby’s redevelopment?

In addition to the new 45,000 sq ft supermarket, the first phase of development will include a petrol station, Home Bargains, KFC and additional town centre car parking.  Wider regeneration plans for the town centre include the provision of a cinema with complementary food and drink outlets.

The development will lead to nearly 500 new jobs being created in Kirkby, alongside 278 construction jobs during the building phase.  This will help to create a £15.3 million boost to the local economy each year.

Knowsley Council and St Modwen announced last month that they had reached an agreement on the Council’s purchase of St Modwen’s assets in Kirkby for £43.8 million.  The deal included the acquisition of 87 shops, 12.4 acres of land, and the costs involved in building the new development.  Funded through Council borrowing (the cost of which would be covered from development and rental income), the project also received a further boost last week with news that the Liverpool City Region Combined Authority had agreed to invest £10 million into the scheme from the Strategic Investment Fund.

Construction of the new superstore will be the first phase of development on site alongside the creation of nine new retail units, two drive-thru restaurants, a petrol station and additional car parking.  High profile tenants Home Bargain and KFC are already lined up to take space in the new development with more new operators expected in the coming months.

Councillor Graham Morgan added: “The start of physical work on this development not only provides the community with the reassurances that this long-awaited scheme is progressing but also gives a strong signal to the market that there are opportunities in Kirkby.  Our conversations with a cinema operator are progressing well and we are already in talks with a number of other retailers who are interested to take space in the development.  All signs are very positive and I look forward to being able to announce more good news for Kirkby in the coming months.” 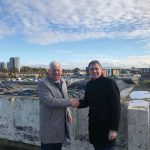 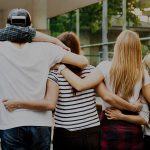