Most recent
For The Record – Asylum Seekers in Knowsley
Update on Huyton Village Centre’s plans
Kirkby lights up for Liverpool City Region Borough...
Home Lifestyle and what's onBorough of Culture Halewood’s Magic Wood event booked out in just one weekend! 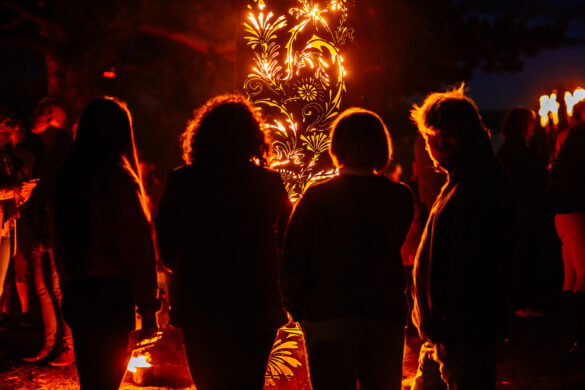 Halewood’s Magic Wood event booked out in just one weekend!

More than 2000 tickets for a spectacular fire garden event taking place over three evenings in January have all been snapped up in just one weekend!

The Magic Wood: A Fire Garden by Walk the Plank will transform Court Farm Woods in Halewood into an enchanted spectacle of light, music and fiery woodland creatures. Featuring performances from Bring The Fire Project, harpist Rebecca Mills and a special family attraction set in giant golden birdcage the Magic Wood is part of Knowsley’s ‘A New Dawn’ programme that will start the borough’s year as the Liverpool City Region Borough of Culture.

“We are absolutely thrilled with the reaction and support of our communities since we announced our New Dawn programme. Whilst we were confident that the events would attract lots of visitors, it’s been fantastic to see such overwhelming interest.  This is the first event where we have issued tickets for an event and for it to effectively sell out in just over one weekend is phenomenal!

“We also know from the data we have collected at the time of booking, that around 90% of the people who have reserved tickets live within Halewood postcodes – meaning the support and engagement from local people is really strong. It’s a great result and hopefully will help to make the event even more special and something amazing to look forward to in the New Year.”

The Magic Wood: A Fire Garden by Walk the Plank is one of six separate light installations that will catapult Knowsley into the spotlight in 2022 when it celebrates its year as the Liverpool City Region Borough of Culture.

The Halewood events – some of the first to take place next year – will give visitors a chance to wander through an impressive spectacle of flame-lined paths, copper flowers that breath fire, intricately carved flaming flower boxes, and scorching sculptural trees which will have transformed the once familiar space into an outdoor gallery of wonder.

If any additional tickets become available they will be advertised.

“If you missed out on tickets this time around please don’t be too disappointed. We will be having lots of free events all throughout 2022 so there will be plenty of other opportunities to get involved and be part of our year.”