Halewood Police Station to get makeover

Work is set to get underway to refurbish Halewood Police Station and open a new Community Police Station within the building, Merseyside’s Police Commissioner has announced.

An update on the project to revitalise Halewood Police Station, once earmarked for closure will be made by Jane Kennedy at a meeting of Halewood Town Council on Thursday 14th February 2019.

The upgrade will see the station on Leathers Lane get extensively refurbished to ensure the facilities are fit for purpose and appropriate to serve the area’s local neighbourhood police team with the building transformed to create a new Community Police, which it is hoped will be ready to open its doors later this coming financial year.

Community Police Stations are designed to be accessible, visible centres which are located in busy neighbourhood hubs which are already well-used by the communities they serve. They are a key part of the plan of the PCC’s strategy to transform Merseyside Police’s stations with the aim of saving money on the Force’s annual running costs which can be redirected straight into frontline policing.

During the initial consultation, proposals were floated to close the existing station and open a new Community Police Station in an alternative location. But following extensive searches and consideration of a number of different sites, Merseyside Police’s estates team confirmed that refurbishing the existing station on Leathers Lane would be the most cost-effective and efficient way of maintaining a local police presence for the people of Halewood.

The move to refurbish the existing station follows several consultations with Knowsley Borough Councillors and Halewood Town councillors, local partners and the public since the Commissioner launched her 10-year plan to modernise and transform Merseyside Police’s stations and buildings in 2014.

Jane said: “I’m delighted to be in a position to announce that work is set to get underway to refurbish and modernise Halewood Police Station, with the inclusion of a purpose-built Community Police Station within the existing building.

“Merseyside Police’s estates team looked very closely at all the options for Halewood, with my priority of providing a Community Police Station at the forefront of their minds. Having evaluated all the choices, I’m clear that this is the best possible solution for the Force, for the local neighbourhood team and, most importantly, for the people of Halewood.

“This solution will enable the Force to make sure Halewood is fully up-to-date, providing the neighbourhood team with the modern facilities they need to serve the community. By providing a new Community Police Station within the existing building we can make sure the local policing team are regularly available to meet and help local people.

“I am very grateful to Halewood Town Council for so enthusiastically engaging with the plans to make Merseyside Police more accessible and for supporting the introduction of the new Community Police Station. It is another example of what can be achieved in partnership.”

Halewood Police Station dates back to 1960 and this will be its first major refurbishment for some time. 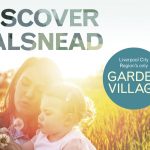