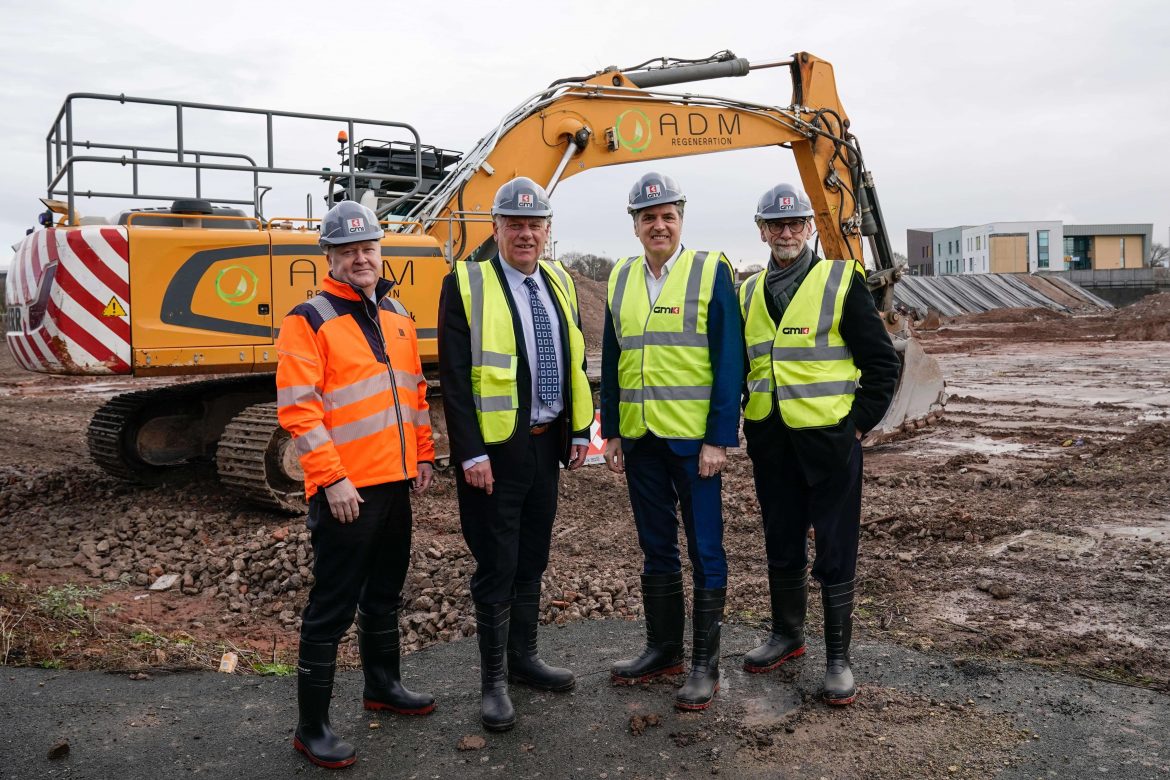 The groundbreaking event signifies a key milestone in progress towards the new 94,000 sq ft retail development making way for foundations due to be laid in the Spring.

Along with the 45,000 sq ft Morrisons superstore, the site will include a petrol station, car parking, a Home Bargains and drive-thru KFC.

“I’m delighted to see work on site has started and I look forward to seeing the new retail development progress over the coming months. It will provide much-needed facilities here in Kirkby.”

Knowsley Council’s deal to buy St Modwen’s assets concluded on 26 November 2019 and work on site commenced just two weeks later. The deal included the purchase of 87 shops (with plans to build an additional 9 retail units) and 12.4 acres of land.

“The Liverpool City Region Combined Authority has committed £10m to support the redevelopment of Kirkby town centre and I’m really proud to see work now finally started on this much-needed development in an area where I grew up. It was a bold step for the Council to take, but one which I fully support.”

The development will lead to nearly 500 new jobs being created in Kirkby, alongside 278 construction jobs during the building phase. It will help to create a £15.3m boost to the local economy each year.

“We knew that Kirkby would only get the retail development it had been promised for years by the private sector if we were to step in and take control. That is exactly what we have done and I hope that our communities are reassured that it is finally happening! Today’s event is a key milestone to show our communities that we are delivering on our promise.”

In addition to the retail development in the town centre, good progress is also being made on plans to deliver a cinema and associated food and drink outlets (on the former Kirkby Library site on Newtown Gardens).  The council has also progressed with plans to purchase the Knowsley Community College site on Cherryfield Drive and fulfil the College’s ambitions to open a new facility in the heart of the town centre.

A public consultation event to seek the views of local residents and businesses will be held next month. Further details will be advertised on Knowsley News.

What’s on the agenda at Council on Wednesday 29 January 2020?