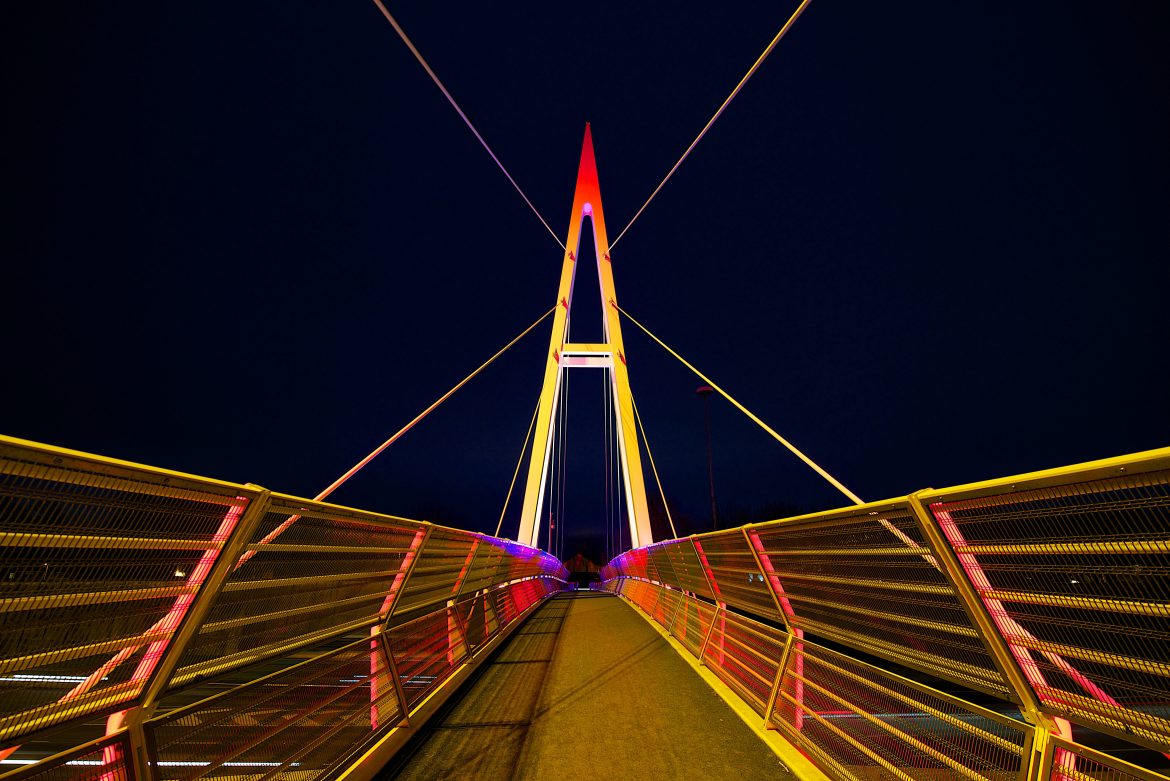 Knowsley’s Greystone Footbridge will join other landmarks across the Liverpool City Region tonight, Thursday 10 December, as it is illuminated bright orange to mark Human Rights Day and the end of the United Nations 16 days of activism against gender-based violence.

World Museum Liverpool, Merseyside Police Headquarters, the Greystone Footbridge and the Mersey Gateway Bridge in Halton will be lit orange once again, while Everton FC will also switch on the lights of Goodison Park between 6pm and 8pm, in solidarity with the campaign to eliminate violence against women across the globe.

“We were proud to support the UN International Day of the Prevention of Violence Against Women by lighting up the Greystone Footbridge and equally proud to mark the finale of the subsequent 16 days of action in the same way. However the work to support women continues all year round and Knowsley Council’s Domestic Abuse Service works tirelessly to support Knowsley’s victim/survivors and those who are at risk. Our message remains the same, you are not alone and help is available – don’t suffer in silence.”

A host of Liverpool City Region landmarks marked the start of the annual 16 days of activism on 25th November, lighting orange for the global #OrangeTheWorld campaign, a spectacle organised by Merseyside-based Savera UK, which tackles harmful practices such as ‘honour’-based abuse (HBA), female genital mutilation (FGM) and forced marriage across the UK and Zonta International, a global organisation that stands for women’s rights and advocates for equality, education and an end to child marriage and gender-based violence.

Last year, Zonta International marked the campaign period with its successful #ZONTASAYSNO initiative, which saw London’s Marble Arch lit orange alongside buildings in cities and towns in countries including the United States, Australia and across Europe. This is the first time Zonta International has extended the initiative outside of London in the UK.