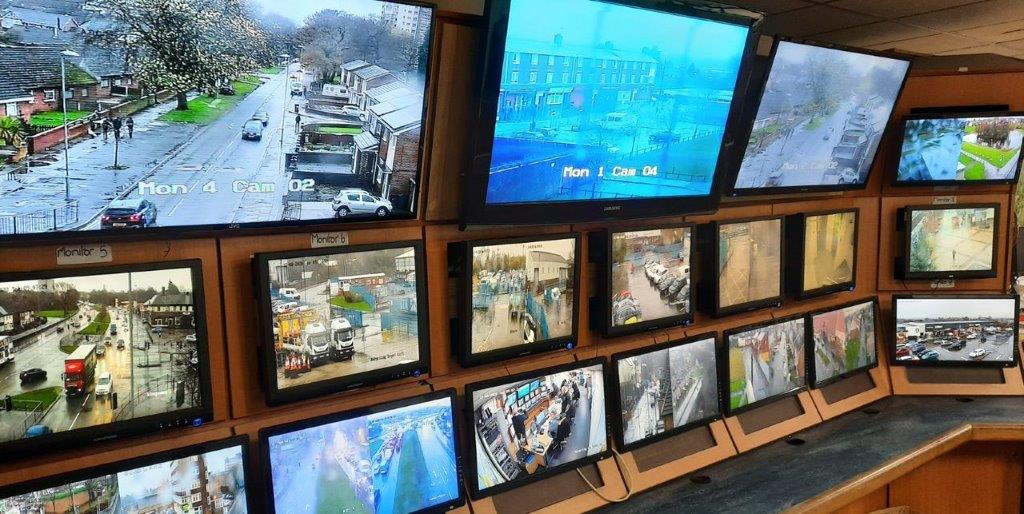 This weekend officers from Knowsley Council’s CCTV control room supported Merseyside Police in the arrest of a vandal in Prescot who graffitied multiple businesses in the Town Centre.

On Sunday 6 December 2020, a 30-year-old male was arrested for causing criminal damage. Thanks to the excellent relationship between the CCTV control room and Merseyside Police, council officers were able track the male using Prescot’s extensive CCTV network and direct Police to the location of the suspect.

Once located the male was detained and later arrested on Suspicion of Criminal Damage. Officers identified a number of business premises within the area that had been sprayed with graffiti and the attending officers recovered 2 cans of spray paint as part of the investigation.

The male has now been released under investigation as officers continue to collect evidence in relation to all the incidents.

“I’m hugely disappointed about this incident of vandalism. These businesses have been working hard to re-open following lockdown and prepare for the Christmas season and this incident is just a kick in the teeth.

“However, in the spirit of Knowsley Better Together, the affected businesses have come together to clean their vandalised shutters, with support from the Council’s Town Centres Team and cleaning materials provided by Knowsley Council.”

“Despite the circumstances it’s fantastic to see our partnership with Merseyside Police in action. By collaborating and joining our resources police officers have been able to make an arrest. This result is also testament to the investment we’ve made in the installation of a new CCTV camera system in Prescot.

“Thankfully our business owners are incredibly resilient but a number of premises have been affected by this and so we join Merseyside Police in an appeal to anyone who may have witnessed the incident or have CCTV footage to contact 101 or @MerPolCC quoting reference number 20000741644.”

“Thanks to the fantastic partnership working between Merseyside Police and Knowsley Council we have been successful in locating the suspect and securing an arrest. It is through collaboration such as this that we are able to tackle crime head on.”