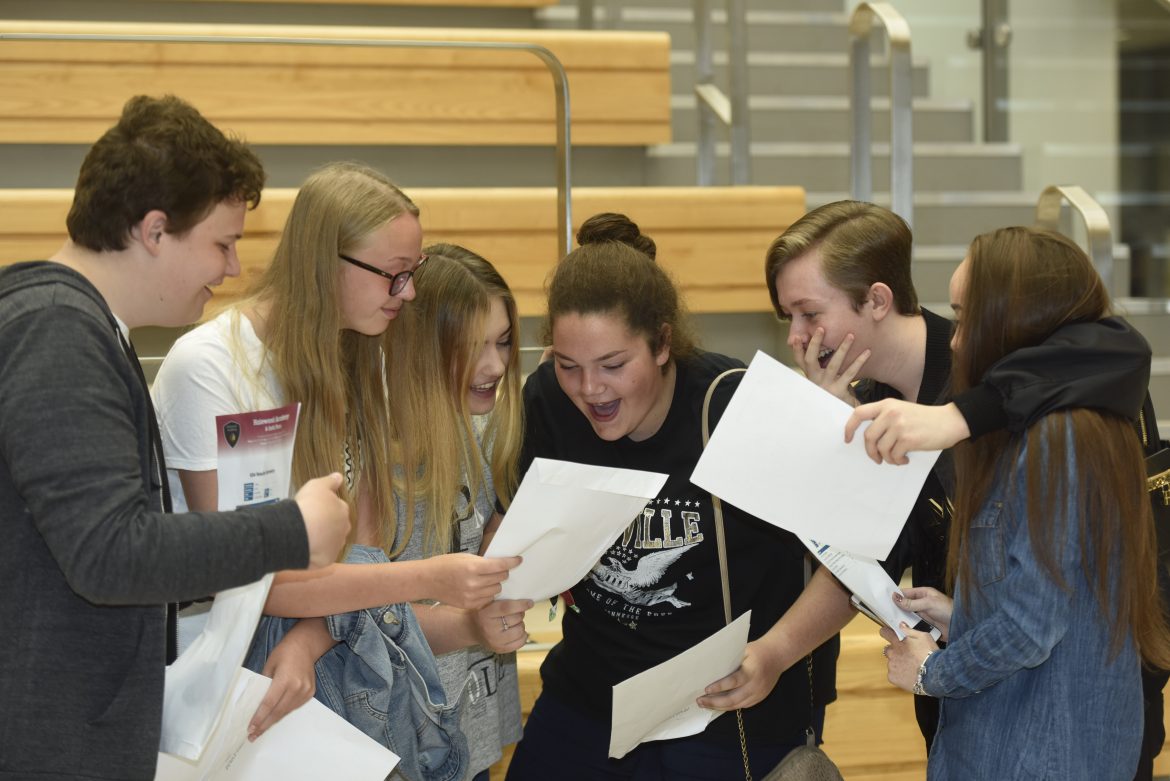 Knowsley students are celebrating as they receive their GCSE results today.

Provisional analysis of the results from schools in Knowsley shows that Halewood Academy achieved the strongest increase in GCSE results this year – with 43.5% of pupils gaining five A*- C including English and Maths. It means Halewood Academy has now improved by 18% since 2014. The Prescot School (formerly Knowsley Park) has also continued to make steady progress, with provisional results indicating that 41.3% of pupils achieved five A*- C including English and Maths GCSEs this year – up 3.3% on last year.

In English, notable improvements were made at Halewood Academy with 71.5% of pupils passing GCSEs at Grade C or above, an increase of almost 12% on last year. In GCSE Maths, The Prescot School achieved an 8% increase in the number of pupils gaining a good pass in Maths (54.3% at Grade C or above). Alongside these improvements, some schools in Knowsley continue to face significant challenges. As a result, provisional overall results for Knowsley show the number of pupils gaining five A* – C (including English and Maths) at GCSE this year is 36.5% compared to 37.4% last year.

In view of these challenges, the Leader of Knowsley Council, Cllr Andy Moorhead, has recently established an Education Commission in partnership with the Department for Education to look at the best way to improve educational attainment across the borough. The council has not had a direct role in managing secondary education for several years now, so the Commission is an attempt to help the borough’s independent schools to take the steps necessary to achieve better results.

A detailed analysis of this year’s results will help the Commission identify where particular improvements need to be made and it will then look to work with schools to achieve this.

“I want to congratulate all Knowsley students on the GCSE results they have achieved today, and give my thanks to those who have worked hard to support them throughout their studies.  In particular, I am pleased to see results on the rise at Halewood Academy and at The Prescot School”.

“While schools are independent institutions with responsibility for their own performance levels, we as a council will continue to do what we can to support and challenge them until we are satisfied that all of this borough’s children are being given the best possible opportunities to succeed in their education.

“That’s why Cllr Moorhead has established an Education Commission for Knowsley, and the Commission will be scrutinising today’s results to help to identify where and how our support needs to be directed.”

A Level pupils in Knowsley collect their results

All Saints finishes term on a high after Ofsted inspection

A Levels in Knowsley – Your questions answered

Want to learn a new skill this September?

Join in with Family Art sessions in Prescot