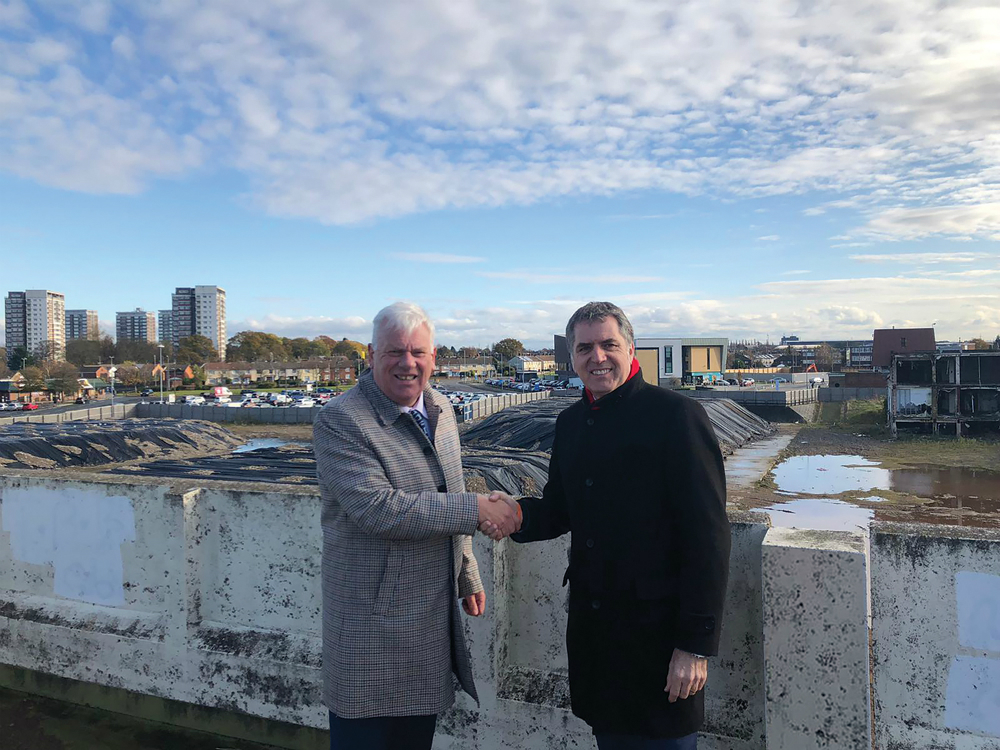 Following the announcement that Knowsley Council had purchased St Modwen’s assets in Kirkby town centre, there is more good news for the town.

Metro Mayor Steve Rotheram has confirmed that the Liverpool City Region Combined Authority will be stepping up to support the council’s purchase by investing £10 million allocated from the Single Investment Fund.

The Combined Authority has also set aside a potential additional £5m for further regeneration of the town centre.

Steve Rotheram said: “I’m so happy to see the regeneration of the ‘Townie’ is finally happening. There have been too many false dawns caused by broken private sector promises but I’m really proud that we have been able to play a part in bringing this much-needed development to the area I grew up in.

“Devolution is all about taking back control from Westminster and shaping our own destinies. When I was elected, I promised that no borough would be left behind and it’s fantastic that, in partnership with Knowsley Council, we will see the heart put back into Kirkby again.”

Knowsley Council’s purchase of St Modwen’s assets in Kirkby will be the first time in the town’s history that the council has owned and managed the town centre.  Crucially, the purchase will allow the council to push ahead with regeneration plans which include a new 45,000 sq ft Morrisons, 9 new retail units, 2 drive-thru restaurants, a petrol station, and associated car parking.

Councillor Graham Morgan, Leader of Knowsley Council said: “The people of Kirkby have waited long enough for the regeneration of their town centre.  The private sector has failed to bring forward the development it has promised for almost 20 years and that’s why we stepped in.”

“This is the largest investment which Knowsley Council has ever made, so agreeing this additional support from the Combined Authority is great news and yet more evidence of our strong partnership.  It provides us with additional reassurance that our decision to intervene in Kirkby is the right one.”

The deal includes the purchase of 87 shops (with plans to build an additional 9 new retail units) and 12.4 acres of land.  This includes the existing shopping centre, development land, and costs associated with building the new facilities.

The development will lead to nearly 500 new jobs being created in Kirkby, alongside 278 construction jobs during the building phase.  This will help to create a £15.3 million boost to the local economy each year.  In addition, it is anticipated that the completed scheme will generate £650,000 per annum in Business Rates which can then be ploughed back into key public services and support.

In addition to the retail development in the town centre, good progress is also being made on plans to deliver a cinema and associated food and drink outlets (on the former Kirkby Library site on Newtown Gardens).  The council is also progressing with plans to purchase the Knowsley Community College site on Cherryfield Drive and fulfill the College’s ambitions to open a new facility in the heart of the town centre.

Work on the new retail development will commence next week.