Most recent
How you can help us feed our most...
Safety advice for victim/survivors of domestic abuse
An INCREDIBLE gift to the community
Home Community Flashmob takes Kirkby by surprise

Shoppers and passers-by were swept up in a spectacle of music, singing, dance and drama when a flashmob broke out in Kirkby town centre.

A large audience gathered to watch young people and groups from across Knowsley as they performed at Kirkby Market, Newtown Gardens and Kirkby Library as part of the #maketimeknowsley campaign.

Watch some of the dancing

What was it all about?

It was all part of a health and wellbeing campaign for Merseyside and Cheshire encouraging people to learn, connect, get active, give and take notice. With the strapline ‘When was the last time’ the performances promoted wellbeing and doing something that can make a positive difference to your mood.

The flashmob project worked with young people and different groups from across Knowsley to develop a creative, engaging and inspiring way of communicating wellbeing messages through music, drama and singing.

To inspire their performances, the groups involved were asked to think about… 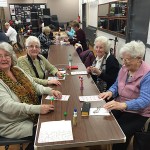 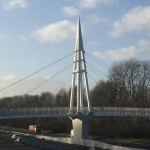