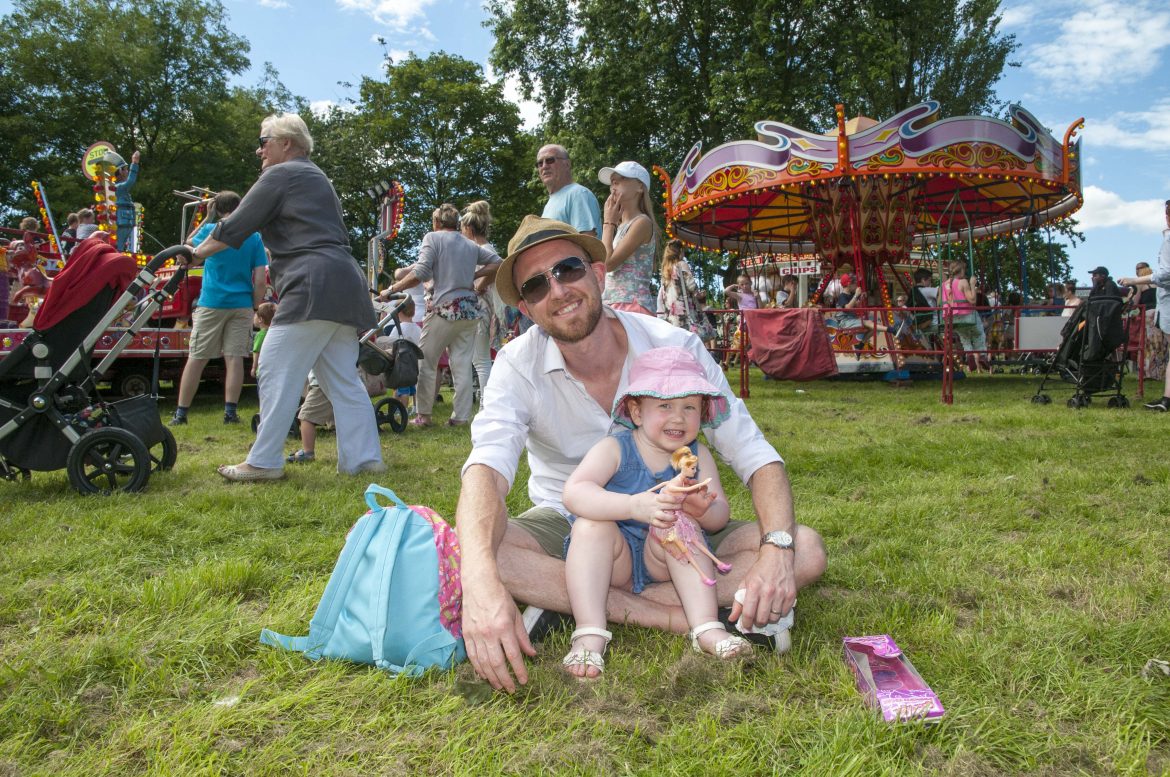 The sun shone as a crowd of more than 3,000 revellers turned out to enjoy the Knowsley Feelgood Festival at Court Hey Park.

The event, on Saturday, August 6, was themed around activities and experiences to improve your sense of mental and physical wellbeing.

In the beautiful surroundings of the Gladstone Field on Court Hey Park visitors to the Feelgood Festival were given a variety of activities to try.

Activities for children included den building, baby ballet, sports day games such as egg and spoon races and an obstacle course and traditional fairground rides including cup and saucers and hook a duck. There were activities for older people too, with the oraganisers of the Knowsley Older People Olympics, and music from local performers.

Street theatre company Waggle Dance were out and about around the festival entertaining the crowds too. There were also storytelling sessions and arts and crafts workshops, a teddy bear’s picnic and dreamcatcher making with Knowsley’s Children’s Centres. The Reader Organisation were also on hand to recommend a good read to anyone wanting to get back into the habit of reading for pleasure.

There was also lots of delicious food and drink on sale, including plenty of tempting but healthy treats too. Five ways to wellbeing in Knowsley

The event was also the perfect warm-up to the Knowsley Flower Show, which took place the following day, attracting more than 20,000 visitors from across the region.

“Last year was the first Knowsley Feelgood Festival, which was really well received with some great feedback from those who came along.
“With so many activities to join in with, all of which are designed to help improve your health and wellbeing, it makes for a fantastic day out for all ages.”

Were you at the Feelgood Festival?

Your Tweets from the 18th annual Knowsley Flower Show

Off to uni? Make sure you’re protected against meningitis