Ahead of the construction of the Shakespeare North Playhouse, a team of archaeologists from Salford University have carried out an investigation of the Mill Street site in Prescot.

The investigations unearthed some fascinating finds including a four metre-deep stone quarry, the footings, cellar walls and cellar floors of long-lost buildings and numerous artefacts.

Historic mapping of the area suggested sites dated to the 16th century and indicated that some of the houses had kilns on their land. Whilst the team did not discover any kilns on the Mill Street site, there was plenty of evidence of pottery production.

At part of the site, significant amounts of pottery wasters and waste clay were discovered. These findings contained the hand and finger prints of the potter, dating to around the 19th century and indicate the location of a former kiln (or close proximity) or a waster pit. Archaeologists Andy Coutts and Rob Howarth in the location of possible kiln/waster pit at Mill Street in Prescot.

The type of pottery found was a very common type of iron-glazed, domestic, everyday kitchen-ware, for which Prescot is renowned as having been a major manufacturer.

One of the most interesting finds and the earliest form of activity was a rock-cut well which appeared to have survived in use into the 20th century having been encased in a brick-built cellar which was built later. Rock-cut well inside a brick built cellar at Mill Street in Prescot, the site of the Shakespeare North Playhouse

The team also uncovered a mysterious rock-cut feature below the surface of Victorian floor surfaces. It is thought that this feature may have been part of the pottery production process, but at the time of writing it still remains a mystery. Very little evidence of the Victorian period buildings survived.  The brick-built floors of two rooms were found along with part of two cellar rooms of a house and the remains of brick and stone floor surfaces. The Victorians also left behind a lovely series of ceramic drains belonging to their love of toilets. 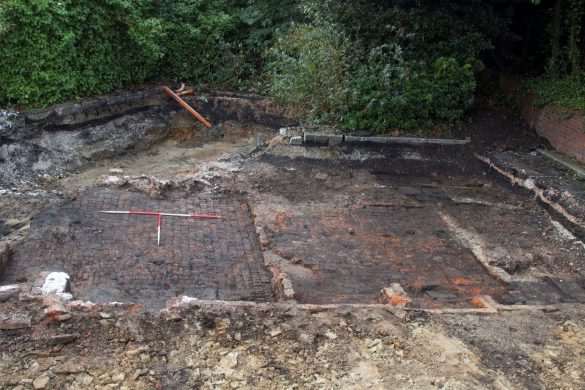 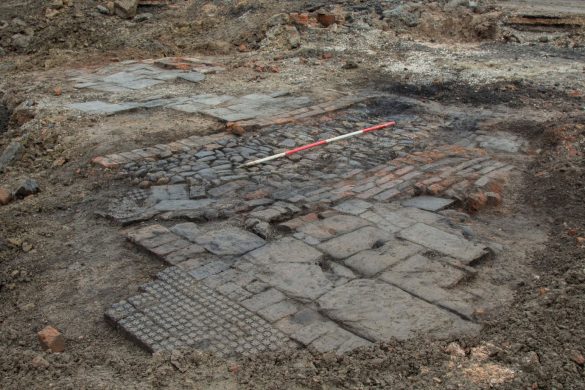 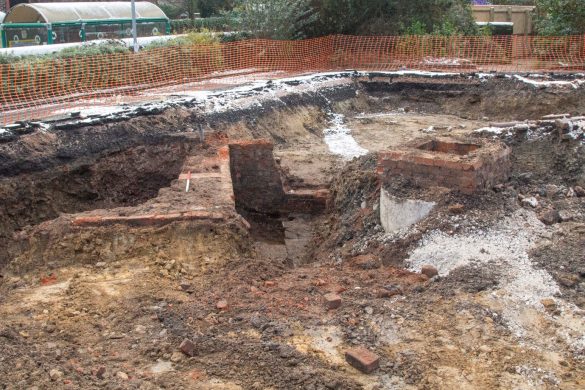 During an open day, children from Knowsley schools who took part in the Shakespeare Schools Festival, local business and community groups had the opportunity to meet the archaeology team, to look at the site and findings and to discover more about the history of Prescot. Archaeological open day at Mill Street in Prescot, the site of the Shakespeare North Playhouse with children from St John Fisher Primary School.

The archaeology team has taken away all of the artefacts to be cleaned and documented which will eventually go on display providing a fascinating glimpse into Prescot’s past.

Helping people into employment and training in Knowsley