Home Lifestyle and what's onBorough of Culture Eye spy with my little eye, something beginning with ‘O’ & ‘P’! 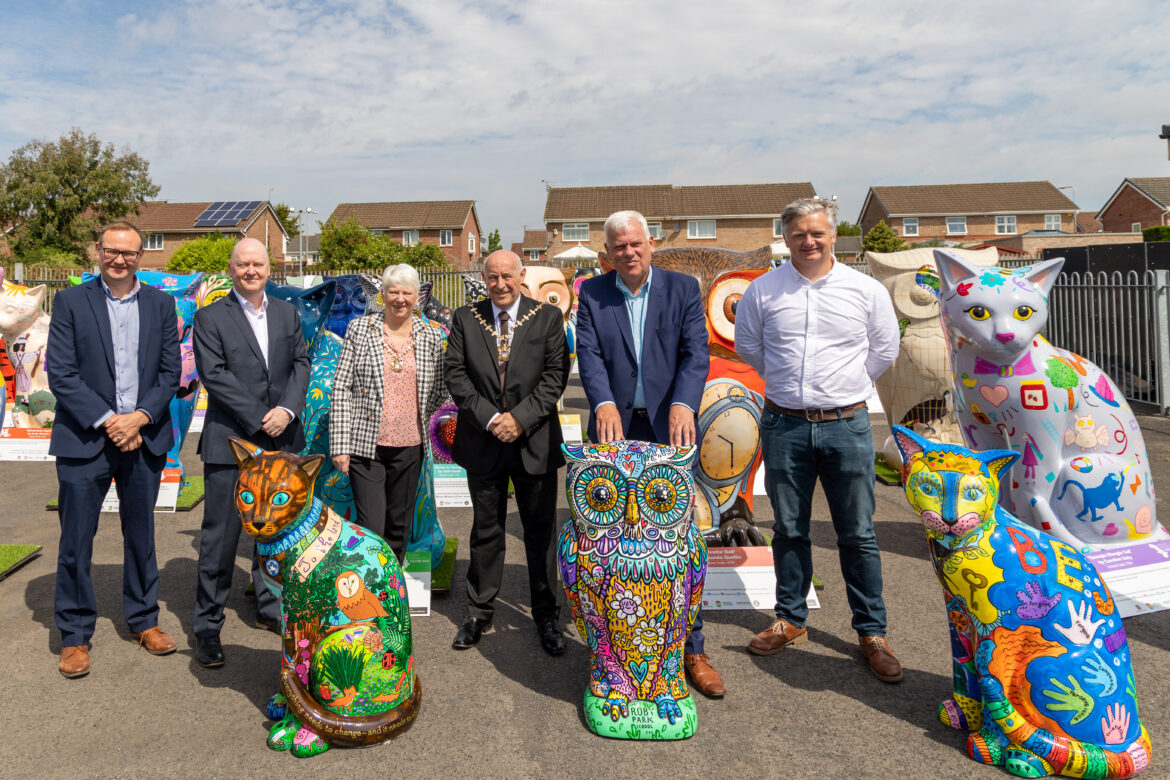 Eye spy with my little eye, something beginning with ‘O’ & ‘P’!

Next week, 32 huge owl and pussycat sculptures will go on display across Knowsley as part of a free public sculpture trail.

But before they start their intrepid journey these 2-metre-high creatures were assembled at a secret location in Knowsley for final checks – ensuring they’re ready for their close up!

“It was quite something to see these fantastic sculptures standing side by side before they take their places across the borough. This is the culmination of a lot of hard work to bring this to Knowsley and we’re so proud to be hosting the trail. It is a real highlight of our year as Liverpool City Region Borough of Culture.”

The trail is made up of 32 large scale sculptures painted by artists from all over the UK (including some Knowsley and Liverpool City Region talent too) with a further 50 smaller scale ones painted by local primary and secondary school children.

Each sculpture is unique and takes its inspiration from Knowsley’s rich heritage including Prescot’s clock and watch making past, Blackie the WW1 War Horse and Huyton’s coal mining industrial history as well as Knowsley’s ongoing cultural achievements with many sculptures reflecting the soon to open Shakespeare North Playhouse. 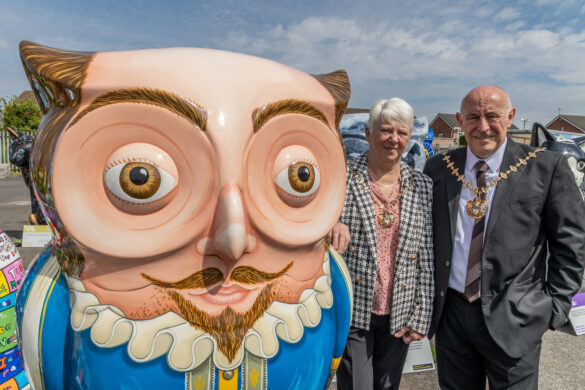 Mayor and Mayoress of Knowsley stand with a Shakespeare inspired sculpture 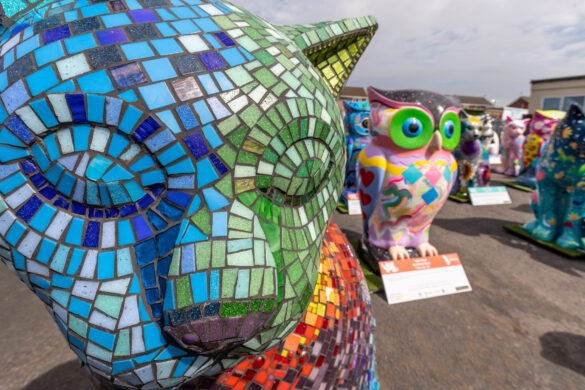 Waiting patiently until they begin their journey across the borough 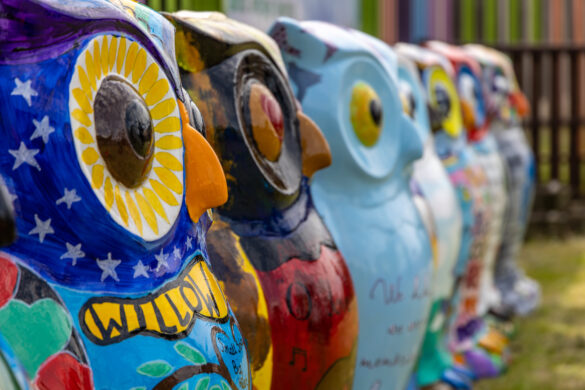 A line up of owls

Cllr Morgan continued: “Knowsley has so much heritage and culture to celebrate, and each sculpture truly has its own character that reflects this broad and important history. As well as being for our residents and communities the trail is a brilliant opportunity for visitors outside Knowsley to enjoy the trail and learn more about our borough.”

The incredible sculptures have all been produced by Wild in Art which has presented other sculpture trails in the city region, most notably the Superlambanana sculpture trail in 2008 as part Liverpool’s European Capital of Culture celebrations.

Nick Byrne, Business Director, Wild in Art said: “We can’t wait for the public to see these beautiful sculptures. This has been a fantastic opportunity for artists across the UK to showcase their talents as well as the talents of Knowsley’s school children. We’re delighted to have collaborated with Knowsley Council on this project and to be playing such a key role in the borough’s year as Borough of Culture.”

The Owl and the Pussy-Cat sculpture trail is a celebration of Knowsley’s connection to Edward Lear who wrote his world-famous poem The Owl & the Pussy-Cat during his time at Knowsley Hall. You can read more about Lear’s connection to Knowsley here www.cultureknowsley.co.uk/edward-lear-and-his-time-in-knowsley/

A map and downloadable app will be available once the trail officially launches to the public.

FIND OUT MORE ABOUT BOROUGH OF CULTURE