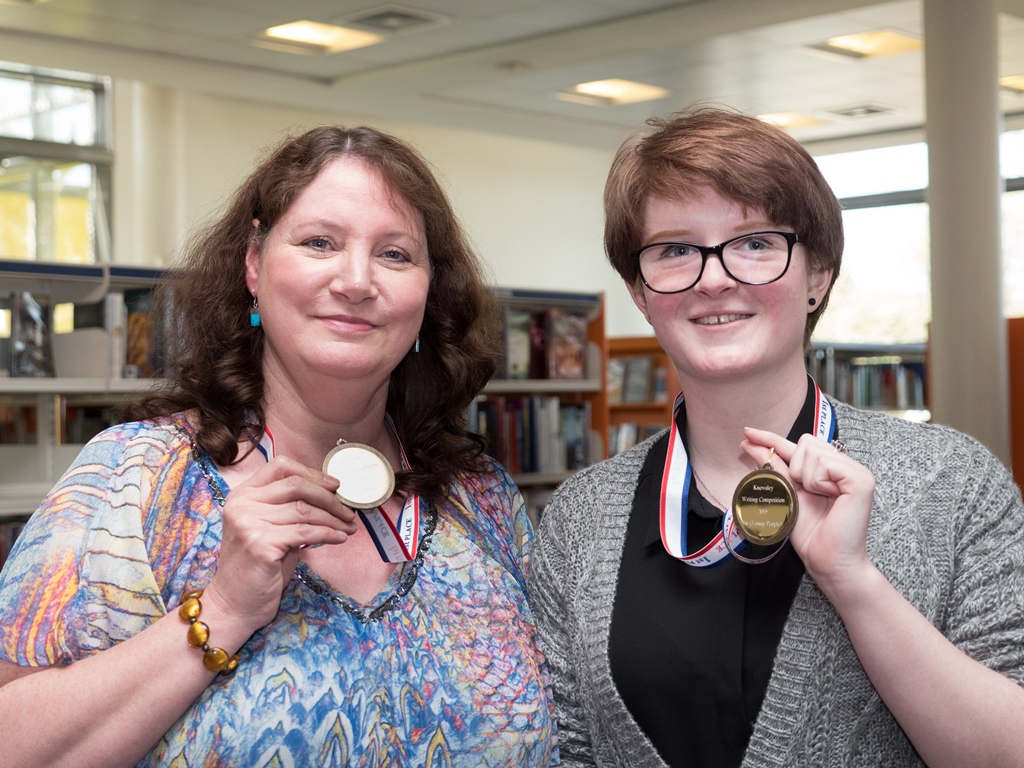 Entries into this year’s Knowsley Writing Competition were once again of an exceptional standard, with judges having to make the difficult decision of picking the winners.

Here we look at two excerpts from winning pieces by Bryony Reid, in the teenage category, and Debbie Lucas in the adult category…

Pink slashed across her vision, violent and vibrant. For the acclaimed prettiest colour, it frightened her. But she had been raised in blue and did not know this colour.

Dancers swirled, an intricate part of a dance she’d never understand or hope to learn. Not dreaming, definitely not dreaming. She recognised the façade of the scene, the terror of being filled with knowing that she had no place there.

Crimson mixed with the pink; the colour of a blood red cloak against stark, white mountains. They were mountains she’d only ever dreamed of seeing but the flapping cloak was familiar to her in a way one remembers a dream when they wake up: jagged, slippery, almost real.

“Terrin.” It was almost his voice; the heir. The one she’d inflicted such a crime upon… almost. It rang through her, shooting down her spine, causing her to go rigid. For a moment, he was there but then—

Her eyes shot open. She hadn’t been dreaming, but remembering. She saw a prince stride across a ballroom, a belonging crown atop his red hair, and hold his hand out to a princess.

No, not a princess. Somebody else- a girl who didn’t belong. A girl who smelled like wood and ash and snow in the heaviest winters. A girl with untamed wildness through her veins.

A breeze rattles the blind at an open window and it carries with it the scent of cherry blossom and a hint of pine and damp earth.

“Poor girl. ” Her husband smiles down at her.

He speaks softly and his voice is smooth and cool like melting snow. She looks up into his eyes, dark eyes, the colour of the night sky. The woman’s mind is fragmented, like torn fabric and something snips away at the edges, unravelling all she thinks she knows.

Her own eyes are full of confusion but she remembers something now – a holiday, the trip of a lifetime, somewhere far away and exotic. Japan, yes, that’s it – the romantic holiday to fix an ailing marriage. And again she hears the faintest echo of the haunting music and recalls its title, “The moon over the ruined castle”. She begins to recollect walking with her husband through the Japanese countryside and the climb up the hill to the castle at Oka, the place which had once inspired a composer to create the music she so loved.

She remembers the way in which a sunbright afternoon had slipped into a warm, velvet evening and how the large, majestic moon had seemed to ascend the hillside with them. As they walked, it had been a silent companion witnessing their faltering attempts at conversation. And she remembers the sharp blow against the back of her head and then the falling, the flailing of hopeless limbs grasping at useless air and then the endless tumbling and rolling down the rocky slope, the castle walls high above. She remembers pulling herself up, staggering and running. In her memory, she is swimming once more and again she hears the music.

Read all the winning and shortlisted entries on the online library.