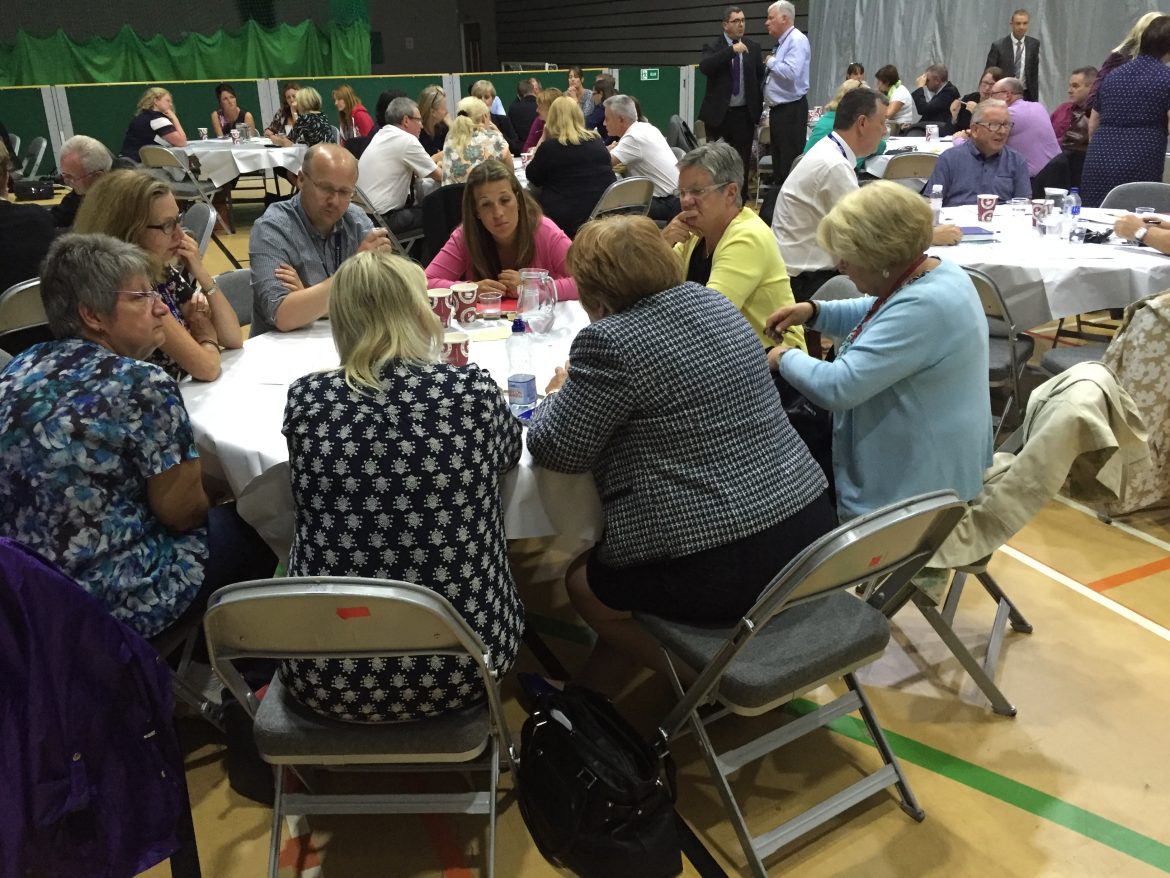 Schools, businesses and key local figures came together for an Education Summit looking at ways to accelerate improvements in pupils’ achievement in Knowsley.

More than 60 delegates attended the Summit, which was held at Knowsley Leisure and Culture Park last week.

Attendees were told about the progress that has taken place to date in driving school improvements in the borough, and were given updates on the challenges still being faced by Knowsley schools. They also heard how the establishment of an Education Commission, into which the council is investing £1m to help raise standards, will support their work with local young people. Speakers included the leader of the Council, Cllr Andy Moorhead and Cabinet Member for Children’s Services, Cllr Gary See. Delegates also heard from Paul Boyce, Knowsley Council’s Executive Director (Children, and Maria Taylor, Knowsley’s Strategic Lead for Education. Research from Independent think tank ResPublica was also presented at the Summit with examples of good practice and how these would be integrated into the work of the commission.

“There is much more to Knowsley’s education than is sometimes portrayed in the press, and there are many achievements to be celebrated. 91% of our primary children go to a Good or Outstanding school. We recently brought overall attendance across primary and secondary schools up to 95%. Both of these are a great platform for us to work from.

“We must push our children to do better and to achieve the best they can. We must make sure we give them an environment in which they can do that.” The delegates spent time at the Summit discussing how they could respond to the research that was presented at the event, and how they and their schools could contribute to the Education Commission and bring about the improvements that are needed.

“It was great to see so many people in that room, all of whom are committed to ensuring that young people in Knowsley get the opportunities they deserve.

“The Education Commission will be key in ensuring we all work together effectively to achieve the goal that we all share and it was great to hear the contributions and suggestions of everyone who came along to the Summit.

“It was a really productive and inspiring session.”

Could you benefit from the library’s home delivery service?