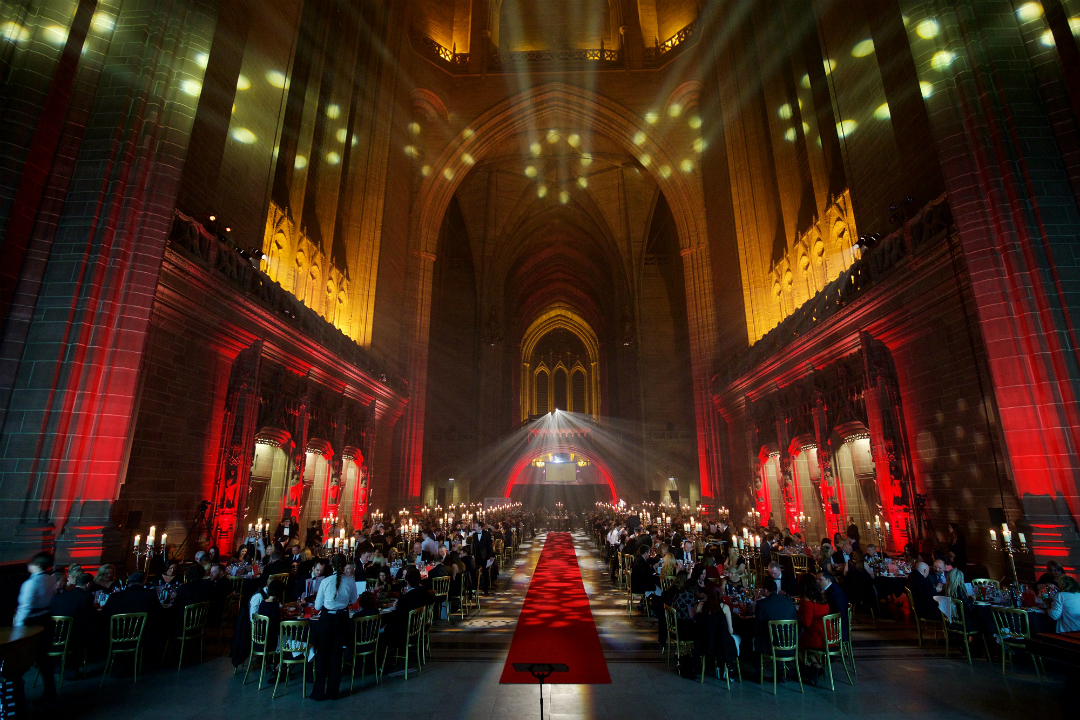 Congratulations to the Knowsley schools who were all among the winners at the 2018 Educate Awards, held at Liverpool Cathedral on Friday, 16 November.

It was another good year for the borough’s schools at these important regional awards, which are the largest of their kind in the North West.

And the winners are… Halewood Academy, winners of at the Educate Awards

This project was the brainchild of teacher Miss Archer, who tasked students and staff to write poems around the theme of ‘Pride and Promises’. Poems came flooding in and the school were so impressed with the contributions that they decided to publish the poems in an anthology, which they made available to purchase via Amazon.

The initiative has had a long-standing impact on the entire school and as they put it: “If you can be published and sell a book, what can’t you do?” Northwood Community Primary School in Kirkby won the Community Partnership Award for its work with charity FareShare and Magic Breakfast.

The school recognised that some pupils were arriving to school in the morning not having a healthy breakfast, or any breakfast at all. With the support of organisation Magic Breakfast, the school now makes sure all pupils enjoy a proper start to the day with cereal, juices and bagels on offer.

Additional support from charity FareShare, who redistribute surplus food to different organisations, provided governors with funding to enable all pupils to receive a free lunch. These community partnerships have resulted in better behaved, more settled and ready to learn children at Northwood. Judges were impressed that the school had built upon its past success by using sport to achieve wider school aims. For example, when Plantation Primary wanted to increase the involvement of parents in school life, they held parent/child workshops using sport to get families involved. It has also increased opportunities for children with special educational needs to take part in sport, and helped children create team-based competitions.

“Congratulations to the Knowsley schools recognised at this year’s Educate Awards. Once again the borough has been well represented in these prestigious regional awards which celebrate best practice and innovation in education.

“The winning schools have all thought creatively to enhance learning and give children and their families opportunities that will shape their futures for the better, which is fantastic to see.”

About the Educate Awards

The Educate Awards, in partnership with Copyrite Systems and Ricoh, is now in its seventh year and is the largest education awards in the North West.

On the night, 21 awards were handed out to schools in the Liverpool City Region, Lancashire, Cheshire and Greater Manchester.

The evening also saw the premiere of the Educate Awards Super Choir Children in Need music video, ‘We are all Stars’. The recording features the voices of over 300 students from local schools, with all proceeds from the sales going to the charity.

“We are so proud to host an event which champions the creativity, diversity and dedication of teachers, school support stars, schools and colleges in the Liverpool City Region, Cheshire, Lancashire and Greater Manchester.

“It’s been an exceptional year of entries, so many congratulations to all the winners, runners-up and finalists for 2018.”

Educate Awards 2018: The winners in full

Eco School Project of the Year

Winner: The Academy of St Francis of Assisi

STEM Project of the Year

Outstanding Arts in a Primary School

Outstanding Arts in a Secondary School

Winner: The Academy of St Francis of Assisi

Runner up: The Hollins, Accrington

Outstanding Commitment to Sport in a Primary School

Outstanding Commitment to Sport in a Secondary School

Leadership Team of the Year

Teacher of the Year

School Support Star of the Year

If you think it, report it