A major upgrade of the public realm on Eccleston Street in Prescot town centre was recently completed.

The new paving even contains a subtle reference to the town’s links to William Shakespeare with some quotes from his famous plays printed into the stone.

The work is part of Knowsley Council’s plans to improve transport connections in Prescot town centre, making it a more attractive place for people to visit and spend time and to improve connections between The Shakespeare North Playhouse site and the town centre.

Jack, a local Prescot resident, was invited to lay the final brick to complete the work. Jack became well known to the team carrying out the work as he would stop and talk to them when he visited the town centre. Cllr Graham Morgan, Leader of Knowsley Council and Cllr Brennan, Cabinet Member for Regeneration and Economic Development met Jack for the milestone brick laying. 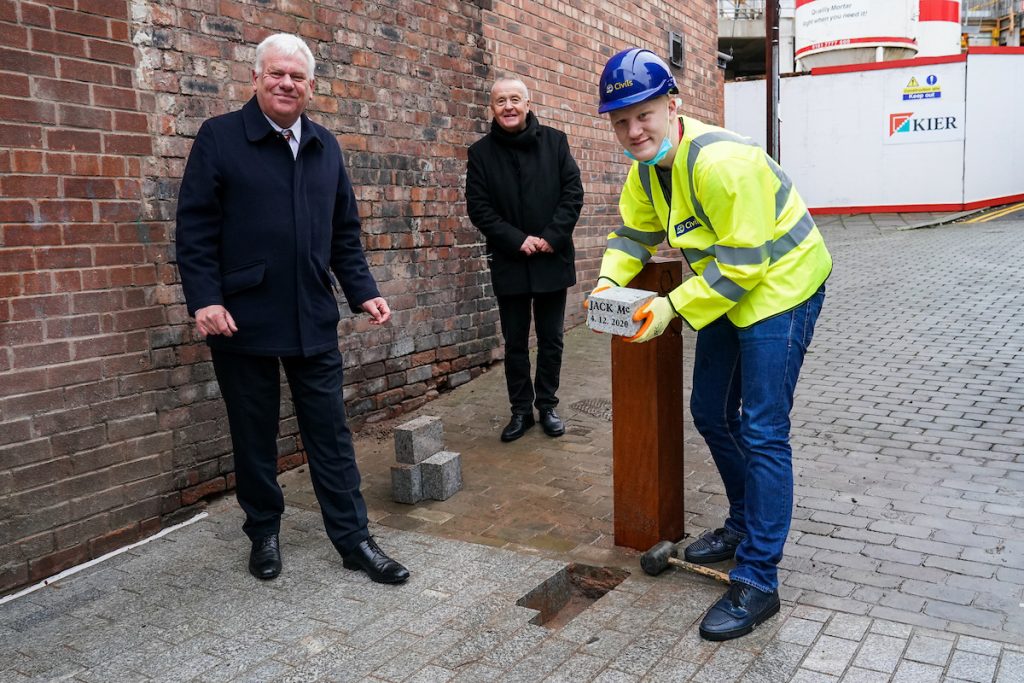 “It was a pleasure to meet Jack and to have his involvement in this final piece of this major project. It was also amazing to see how different Eccleston Street looks now this work is complete. The new paving, trees and street furniture make the main high street so much more inviting and welcoming.”

The scheme started in Summer 2019 and despite the impact of COVID-19 work has continued with social distancing measures in place. The works have been completed by local contractor Huyton Asphalt Civils Limited and Tarmac Trading Limited.

Local Enterprise Partnerships are playing a vital role in driving forward economic growth across the country, helping to build a country that works for everyone.

That’s why by 2021 Government will have invested over £12bn through the Local Growth Fund, allowing LEPs to use their local knowledge to get all areas of the country firing on all cylinders.

Boost your mental health with the NHS Mind Plan