A masterplan for an exciting new residential development in Knowsley has been approved by councillors in the borough.

The East of Halewood development will see up to 1,500 high quality new homes being built on a site with excellent infrastructure that is accessible to all. At its heart will be Finch Woods, which will be protected and enhanced with new green and open spaces for the local community to enjoy, along with a new play area as well as walking and cycling routes.

This is Knowsley’s second largest residential development at 80 hectares in size, and the council has been working with major national house builders, Redrow, Bellway and Miller Homes and landowners to bring forward this site so that it provides high quality and well considered development that connects to and enhances the Halewood community.

It is hoped that the East of Halewood development, in a desirable semi-rural setting, will help attract new families to the borough, and allow those already living here to enjoy a choice of housing options. New infrastructure will support the development, with investments being made into the local highway network, education and health facilities. The masterplan sets out the council’s expectations from the developers involved who will carry out or contribute towards these improvements.

The site is close to Everton FC’s Finch Farm training ground and is also home to the Grade II listed grave of Blackie the war horse, which will be preserved and enhanced as part of the development.

Cllr Tony Brennan, Cabinet Member for Regeneration and Economic Development, said: “This is an exciting and significant development for our borough. We expect it to be a very popular and sought after place to live and that it will bring new families to Knowsley. It will also allow those already living here to expand their families or get the keys to their first homes.

“It was always important to us that a residential development on this scale should be supported by infrastructure improvements, and that’s what our masterplan sets out.

“As well as improvements to local highways, education and health facilities, this development will also see important enhancements to the public open spaces, including at Finch Woods, which will bring many benefits to residents, both new and existing.”

The masterplan for the East of Halewood Development was finalised following a public consultation in early 2019. It was approved by Knowsley Council’s Planning Committee at a meeting on Thursday, 11 June, 2020. The masterplan was prepared alongside a Supplementary Planning Document for the site and both set out a framework and design guide for the development, against which any planning applications for the site will be assessed.

The East of Halewood Supplementary Planning Document and masterplan can be viewed on the Council’s website. 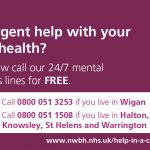 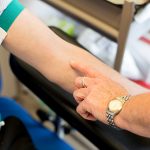